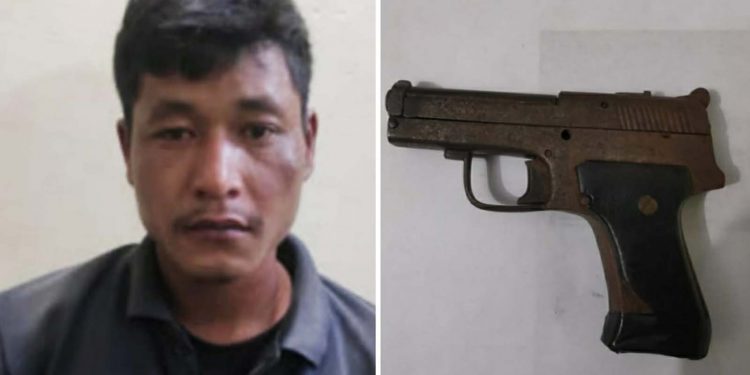 Based on specific input, the Tangla police in Assam’s Udalguri district apprehended one suspected linkman of the anti-talk faction of the National Democratic Front of Boroland (NDFB-S).

The suspected NDFB(S) linkman was arrested from the Tangla railway station on Tuesday evening.

The NDFB(S) linkman has been identified as 29-year-old Raju Boro.

He is an inhabitant of Barodala village under Barabari Police Station of Assam’s Baksa district.

During the operation, the police were also able to seize a .22 pistol from the possession of the NDFB(S) linkman.

On the basis of his confession, the Tangla police also picked up one 31-year-old Medla Basumatari from Beltola area of Guwahati on Tuesday night.

Medla Basumatari is an inhabitant of Darugachuba under Dimakuchi Police Station under Udalguri district.

“We are interrogating the duo to ascertain their intention,” a police officer told Northeast Now.

Recently, based on a tip-off, a joint operation was launched by Kokrajhar Police with Commando Battalion Staff and 12 Sikh Li of the Army in Leopani Nala and Ultapani Nala areas along the Indo- Bhutan border.

The operation was carried out in the intervening night of September 22 & 23. In the wee hours of September 23, the joint operation team saw suspected movement of one individual in the area.

The joint operation team later apprehended an individual after a chase and on spot interrogation, he was identified as 23-year-old Dipak Borgoyary, son of Tekla Borgoyary of Gwjwnpuri under Runikhata PS in Chirang district.

He is a hardcore cadre of the 41st batch of the NDFB(S).

One 7.65 mm pistol and 5 rounds of 7.65 mm ammunition were recovered from his possession.