Malfunctioning of EVM delayed start of polling by over one hour at No. 10 Bhebarghat LP School of Mangaldai town 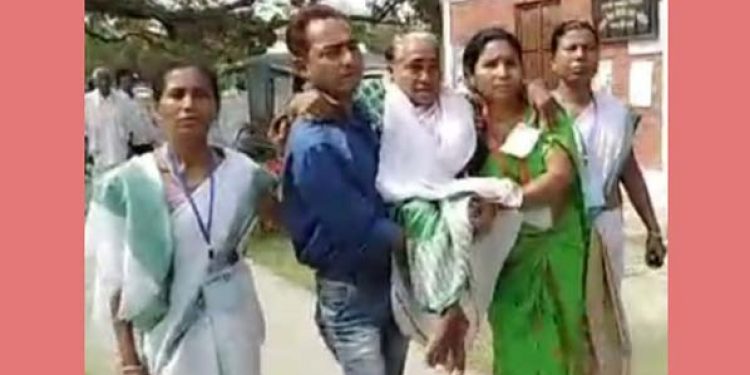 A PwD elector who voted in a polling booth under Mangaldai LS constituency on Thursday. Image - Northeast Now

Barring few incidents of EVM and VVPAT disorder and subsequent delay in starting of polling, voting in the second phase of Lok Sabha polls in Darrang district for No. 8 Mangaldai HPC till 5 pm by and large passed off peacefully.

No report of any untoward incident has so far been received in the district.

The overall average turnout of the electorates in the Mangaldai parliamentary constituency has been recorded at 75.07 per cent till the stipulated time at 5 pm.

However, voting percentage is likely to be increased as reports from all parts of the Lok Sabha constituency are yet to be compiled.

The start of polling delayed by more than one hour at No. 10 Bhebarghat LP School of Mangaldai town due to malfunctioning of EVM.

Meanwhile, the participation of the differently-abled (People with Disability) voters in this election in Darrang district has been found to be encouraging due to the pro-active role of the 565 Anganwadi workers as facilitators under the supervision of the District Social Welfare department here.