Assam: Curtains come down on cultural exchange programme in Udalguri 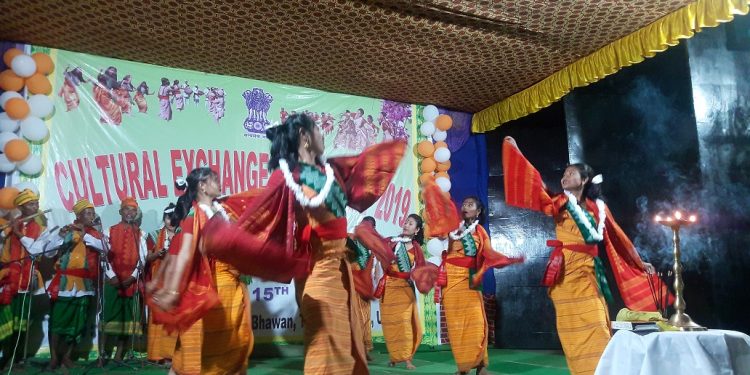 The event was an attempt to imbibe the essence of brotherhood and promote integration and bridge the gap between the ethnic communities of state.

On the first day session, cultural development officer, Udalguri, Juganta Bayan while inaugurating the session, said that the BTC authorities have been looking for extending every possible help to the budding artistes of the region so that they can hone their skills and establish themselves in world platform.

He praised the colourful cultural integration of various communities of BTC and hoped that such efforts would go way long in unifying the people into a single entity.

Artiste Gyanendra Chaliha while delivering his speech as chief guest lauded the efforts of the BTC authorities for taking initiatives for exchange of culture of various ethnic communities through such event.

He resented that the young generation were swaying away from their roots and origin.Various cultural troupes of Garo, Bodo, Rabha, Deuri, Mishing, Santhal communities presented colourful cultural programmes.