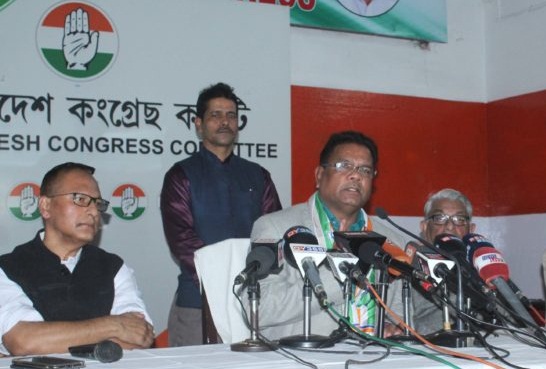 The Assam Pradesh Congress Committee (APCC) in its manifesto for the upcoming Panchayat elections on Tuesday has promised to reintroduce various rural development schemes in the state.

“BJP is trying to destroy the ‘Panchayati Raj’ system. If we form the Panchayat, will push the government to reintroduce the development schemes, which had been discontinued by the saffron party,” APCC president Ripun Bora said.

Former Chief Minister Gogoi said the failure of the Assam government fuelling a fresh spurt in young people of the state joining the rebel groups.

“While we were in power, many youths shunned violence and returned to the mainstream but now youths of the state have been attracted towards armed struggle,” Gogoi said.