Army jawans on Wednesday exhibited examples of grit and national duty when they rescued two tribal women from drowning in West Siang district in Arunachal Pradesh.

According to official sources, two tribal were trapped at the confluence of Siyom and Pitgong rivers near Kaying village in West Siang District of Arunachal Pradesh.

Both the tribal women were wading on the Siyom river on Wednesday afternoon as they had to go to the other side for some work. 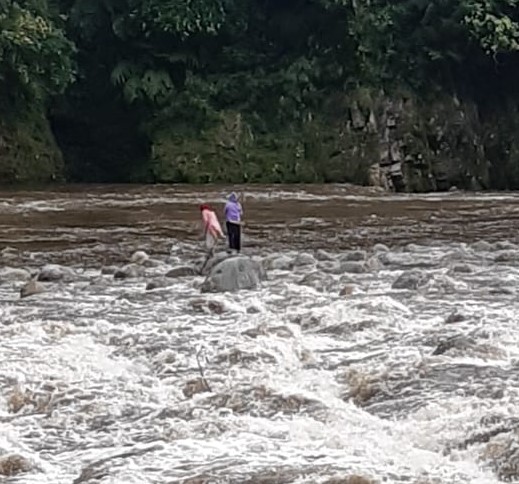 The tribal women were trapped at the confluence as there was a sudden increase in the water level of both the rivers.

Somehow, both the women could take shelter on a rock, which was standing higher than the water level at the confluence of Siyom and Pitgong rivers.

Local tribal villagers from Kaying immediately rushed to a nearby Army camp with the request to rescue the two tribal women caught at the confluence of the rivers.

A team of Army jawans immediately rushed to the spot, but they were not equipped with any rescue boats or life jackets.

Still the Army jawans did not bother about equipments, and immediately improvising a raft with tubes and bamboos for the rescue operation.

The soldiers displayed ingenuity and exemplary courage, and launched the operation to rescue the two tribal women.

After about 45 minutes of struggle, the Army jawans could rescue the two tribal women, and brought them back to safety on the improvised raft.

People of the area and especially the elders of Kayingvillage thanked the brave Army jawans for their bravery and presence of mind.