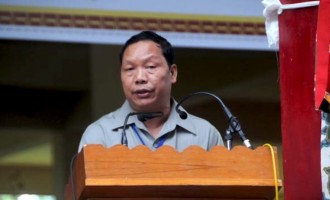 In a statement, Arunachal Pradesh Congress Committee (APCC) president Takam Sanjoy accused the State Government of delaying the issue “as if the matter is a child’s game”.

The past Governments had implemented in toto the recommendations of the 5th and 6th pay panel recommendations by the CPC. From that time onwards, it has become mandatory for the State Government to implement entire clauses of CPC and hence “formation of two subsequent committees, one headed by Abdul Basit and the other by Development Commissioner (Finance & Planning) that includes four officers is only to buy time and to punish the State employees, who are entitled constitutionally to get each and every benefit of 7th CPC, he said.

“The governance system inherited from Union Territory days directly under the President and through Lt. Governor got all the benefits of CPC. The State government did not adopt a bifurcated State Pay Commission after Arunachal Pradesh got full-fledged statehood. Hence, punish the State government employees for subsequent government failure should not be excused for forming committees in addition to already recommended 7th CPC,” Sanjoy said.

Any Government today or tomorrow cannot under any circumstances undo what has already been implemented through 5th, 6th and 7th CPC. The State Government is only to honour it through Cabinet decision. Moreover, the CPC is constituted through an Act of Parliament and hence no separate legislation by State Assembly is required, he said.

The APCC affirmed support to and solidarity with the cause of State Government employees. “The bureaucrats and technocrats are the heart, soul and brain of governance. We used their intelligence, but we also fail to understand their basic urges and necessity,” Sanjoy said.

The APCC also said that the State Government for its failure in disbursing salaries of SSA, RMSA, DRDA, Anganwadi employees as a total failure by the State government in timely networking with the Centre.

The State Congress also urged the MPs of the State to be the bridge between the State and Centre as was in the past.