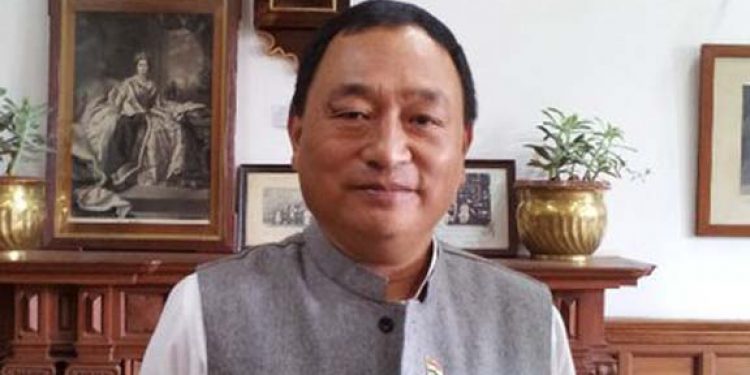 The Arunachal East Lok Sabha MP dashed off a letter to the PM on Tuesday with his various suggestions.

The G-20 summit will be held in Argentina later this week.

Ering, who is also a Member of the Parliamentary Standing Committee on Science & Technology, in his letter stated that the bilateral relationship between India and China is very critical from Arunachal Pradesh’s viewpoint as our state forms international borders with China.

MP Ering stated: “The issue of China providing stapled visa to people from our Arunachal Pradesh is not new and must be brought to their attention tactfully. The Government of India must assert the territorial integrity of India and convey the feelings of Arunachal Pradesh people in a firm manner.”

Stating that “at many instances in recent time, Chinese troops have tried to enter into Arunachal Pradesh and build roads, recently in Bising village of Tuting subdivision”, Ering stated that the Indian PM “must protest against such incidents” and ask China to respect the sovereignty and territorial integrity of India for a peaceful co-existence, as envisaged in historical Panchsheel agreement.

He also alleged: “A few months back, the holy Siang river which is the lifeline of our state turned black due to ill-intent projects and diversion of waters of Brahmaputra river by the Chinese authorities.”

Ering suggested that the focus of the Government must be on negotiating a water treaty with China for the sustainable development of the region.

“It will help the north-eastern States of India to have their natural right of clean and continuous water,” he added.

Stating that the Central Government led by Modi is guided by ‘Panchamrit’ principles of foreign policy, the East Arunachal MP urged the PM to take up the issues with the President of China and “stand up to the hopes and aspirations of people from Arunachal Pradesh”.