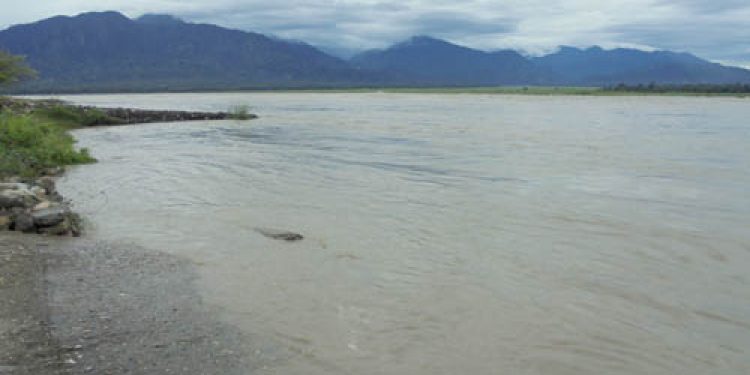 The Upper Siang district administration of Arunachal has issued advisory to local people alerting them to refrain from going to river banks.

This advisory comes in the wake of another report of landslide block at Yarlung Tsangpo in China, the main water of Siang river in Arunachal Pradesh.

Upper Siang Deputy Commissioner D Kamdak in a circular issued on Tuesday stated that State’s Secretary of Disaster Management informed him the fact in order to issue flood alert.

Earlier this year warning was issued due to a massive landslide at Yralung Tsangpo in China on October 29, which is aggravating the flash floods issue in Siang river.

There has also been reports of unprecedented decrease in volume of Siang water at Tuting near Indo-China since last night. The district administration has alerted the people to take precautionary measure to avoid any eventuality.

This is the third time a flood alert was issued at Siang due to block at Tsangpo in China due to natural factors.

They have also demanded the Central government for a well-defined ‘Water Treaty’ between India and China to chalk out a rigid water policy to protect water resources of Siang river, which is flowing down from Yarlung Tsangpho.

Unusual phenomenon such as change of water quality in Siang river and constant flood fury since last one and half year has been creating panic among the people living on both banks of Siang.

The recent situation in Siang caused by water block in China destroyed crops and household properties in three Siang districts besides leaving an ecological catastrophe in the region.

The water level in Siang at Pasighat and downstream portions remains unchanged for the last couple of days.