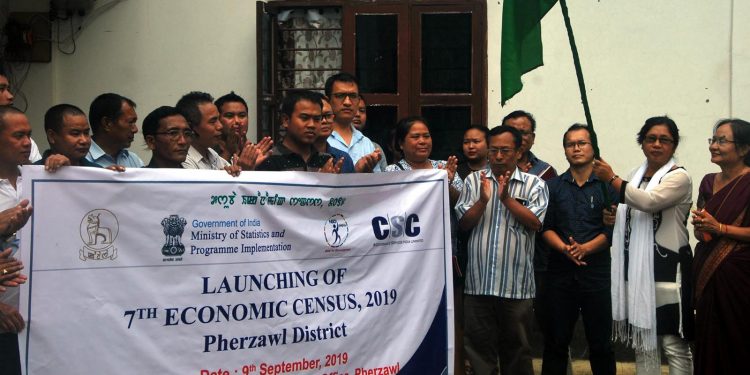 The deputy commissioners of Churachandpur, Kangpokpi, Kamjong, Pherzawl and Senapati officially launched the 7th Economic Census at their respective districts in Manipur on Monday.

The Senapati DC appealed to all the stakeholders concerned to participate in the operation wholeheartedly and extend maximum cooperation to the enumerators so that the data thus collected served its purposes meaningfully.

He also asked all the enumerators to collect data correctly and that the negligence of few people should not affect the future of the economically weak categories.

Deputy commissioner Lalithambigai K of Kangpokpi launched the census at the conference hall of the DC Complex at Kangpokpi district headquarters.

During the event, the DC urged the village authorities and people to give full cooperation with the officials for smooth conduct of the 7th Economic Census.

She also advised the enumerators and supervisors to be in touch with the district administration for any doubts and clarification during the census.

DLOs of both Churachandpur and Pherzawl districts were present at the launch of the economic census operation which will go for next three months.

A total of 249 enumerators, 53 level-1 supervisors and one level-2 supervisor will conduct the census in Churachandpur and Pherzawl districts.

It may be noted that all households/ establishments engaged in non-agricultural economic activities including construction, except public administration, defence and compulsory social security are proposed to be covered in the 7th Economic Census.

More than 8.5 lakh enumerators and 3.2 lakh supervisors were deployed to collect information.