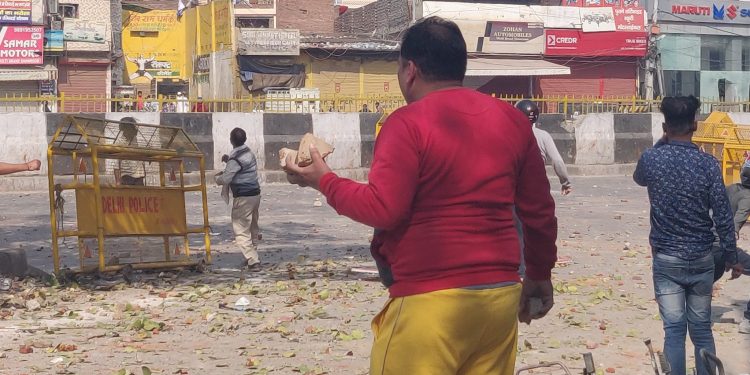 Several incidents of violence and stone-pelting were reported from interiors of localities such as Jaffarabad, Brahmapuri, Maujpur. Image: twitter

The death toll in the Citizenship (Amendment) Act (CAA) violence that flared up in northeast Delhi since Saturday, climbed to nine on Tuesday as riots continued for a third day in the national capital.

Several incidents of violence and stone-pelting were reported from interiors of localities such as Jaffarabad, Brahmapuri, Maujpur.

Earlier on Monday, five persons, including a head constable, had died following incessant stone-pelting and clashes between pro and anti-CAA protesters.

Patparganj’s Max Hospital, where many injured policemen are admitted, said in a statement, “Max Hospital, Patparganj received a total of 10 policemen with injuries sustained in civic unrest in parts of Delhi. Three patients are undergoing treatment at the hospital, while the other seven have been discharged after evaluation and medical aid.” 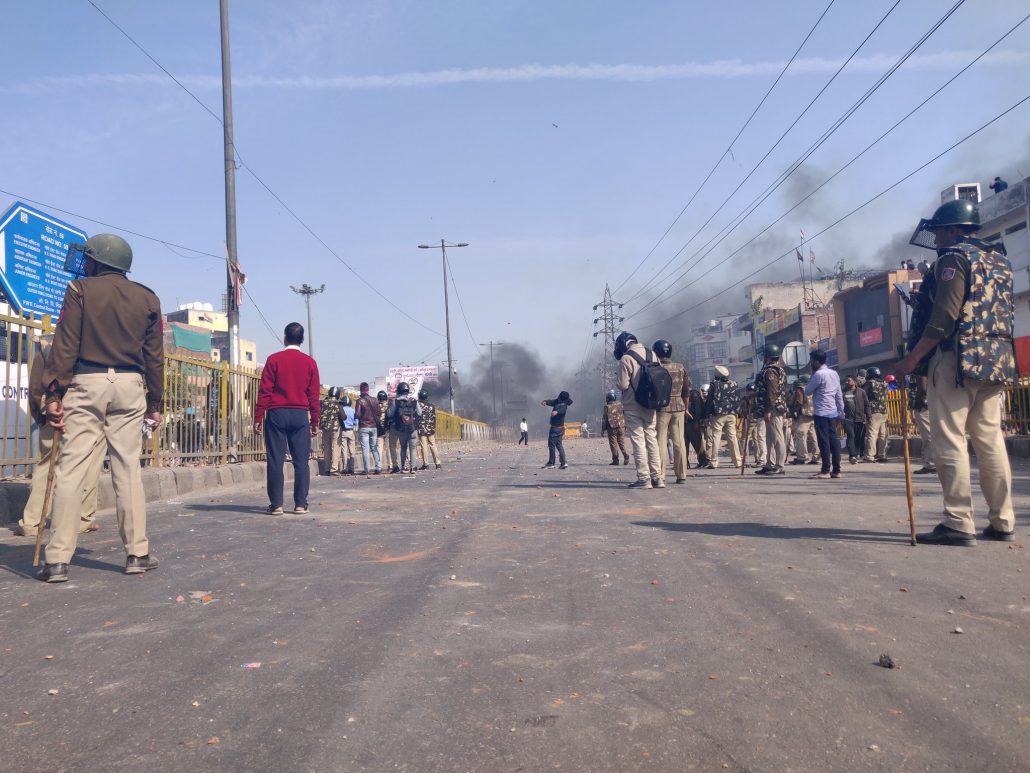 Three journalists were seriously injured and many others threatened by unruly mobs during the violence in Delhi.

While journalist Akash, reporting for JK 24×7 News, was shot at in east Delhi’s Maujpur on Tuesday, two reporters belonging to NDTV were beaten up by the mob when they were reportedly filming a mosque that had been set on fire, News Minute reported.

The NDTV journalists Arvind Gunasekar and Saurabh Shukla were reportedly let go after a third woman journalist pleaded with the mob to let them go.

They were rushed to a hospital and given medical aid.

On Monday, a Delhi Police head constable was killed as pro-and anti-CAA groups battled each other even as Delhi Lieutenant Governor Anil Baijal and chief minister Arvind Kejriwal appealed to the people to maintain peace and harmony.

Head constable Ratan Lal lost his life while a youth was injured in the clashes. The youth was injured by a bullet fired by the unruly protesters, while several vehicles and a house in the vicinity were set ablaze.

Several areas including Jaffrabad, Maujpur, and Gokulpuri remained tense on Monday. The police used tear gas in to control the violence.