No difference between Kejriwal and Communists: Tripura CM 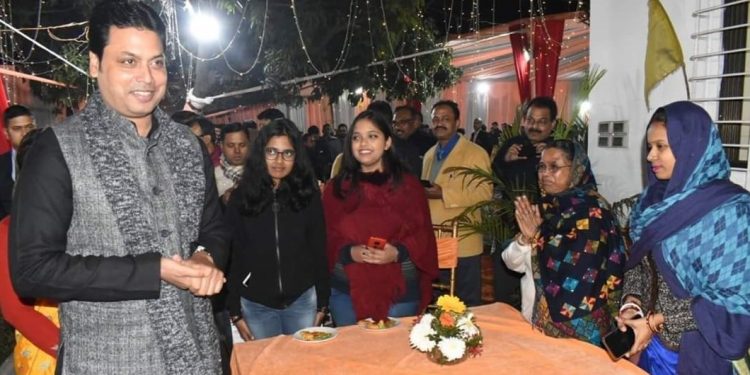 Tripura chief minister Biplab Deb on Monday commented that there is no difference between Arvind Kejriwal and the Communists.

Deb said this in New Delhi during an election campaign.

According to Deb, what Kejriwal is doing in Delhi, the same thing was done by the Communist in Tripura and West Bengal.

Deb claimed both are betrayers of the people and they never keep their promises.

He said that Kejriwal studied at Kharagpur of West Bengal and from there he brought the seed of communism to Delhi.

Deb on Monday night spoke in front of the Bengali community of Delhi, which are mainly from West Bengal and Tripura.

Most top BJP leaders of Tripura are all in Delhi for the election campaign.

They are campaigning for the saffron party in the run up to the Delhi Assembly election.

It is estimated that nearly 10 lakh people from the Northeast are now in Delhi and they are the voters for Assembly election.

BJP is very much keen to attract those voters this time.

And to attract them BJP is bringing leaders from the Northeast for campaigning.

On Monday night an election campaign was organized for the Bengali community in Delhi.