3,500 supporters of BJP, CPM and IPFT join Congress in Tripura 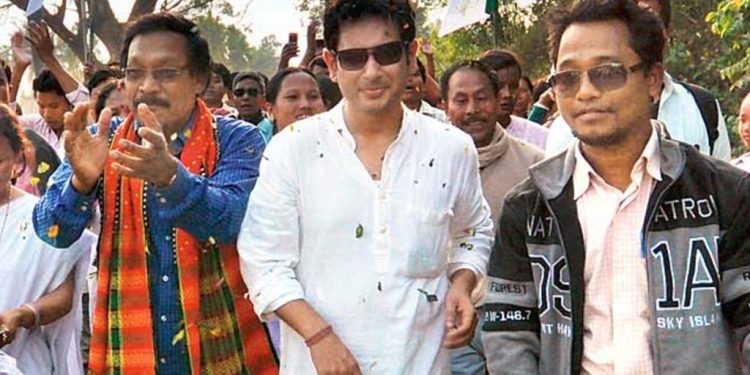 The Congress party of Tripura got itself a major boost as 3,500 supporters of BJP, CPM and IPFT joined the party on Tuesday.

According to reports, the “newcomers” of the Congress accused the BJP-IPFT government of “misrule” and harbouring an “autocratic attitude”.

Among the 3,500 people are senior BJP leader of Teliamura Ashok Baidya and 559 additional supporters of the saffron party.

Tripura Congress president Pradyot Kishore Debbarman claimed that more than 50,000 workers from other parties had joined Congress in the past month.

He also claimed that his appeal to supporters of non-Congress parties to join the party to fight for democracy, development, employment and for upholding the secular ethos of the Constitution had worked wonders.

Debbarman said that he had a meeting with Tripura Chief Electoral Officer (CEO) Sriram Taranikanti where he demanded that video footage of polling in all booths of West Tripura be made available to all parties.

The royal scion further said that he has also informed the CEO that he will move the Supreme Court if the video footage is not made available for public scrutiny.

Debbarman claimed that Tripura had spent Rs 2.5 crore to ensure 100 per cent video recording and CCTV surveillance in and outside polling booths so that incidents of rigging and violence can be captured.

He also said that he has asked the CEO to ensure that no inappropriate incidents occur when the East Tripura seat goes to the polls.