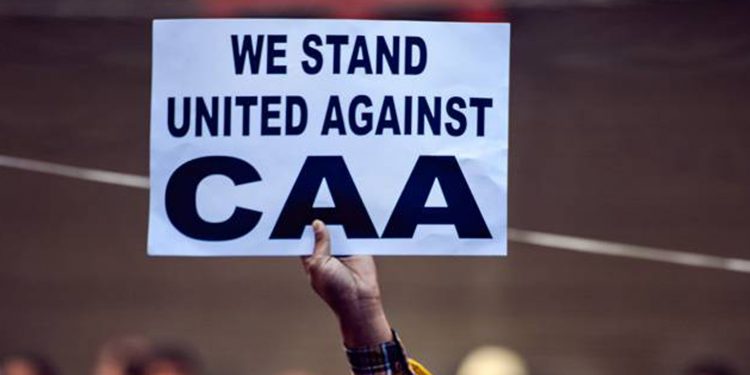 A five-page resolution against the Citizenship (Amendment) Act has been drafted by over 150 lawmakers of the European Union.

The lawmakers said that CAA would dangerously shift the way citizenship will be determined in India in the future.

“CAA is set to create the largest statelessness crisis in the world. The human suffering due to CAA will be immense,” they further said.

The lawmakers further urged the EU to act on a strong human rights clause with an effective implementation and suspension mechanism” during any trade agreement.

They further accused the BJP-led NDA government of discriminating, harassing and prosecuting national and religious minorities.

They also accused the government of silencing the opposition, human rights groups and the journalists who are critical of the government.

The resolution is expected to be tabled during the plenary session of the European Parliament, which starts next week in Brussels.

The lawmakers, expressing solidarity with the January 7 protests, urged the Indian government to stop criminalising the protests.

They urged the government to negotiate with the protesters instead.

“India has created the legal grounds to strip millions of Muslims of the fundamental right of equal access to citizenship,” the lawmakers further observed.