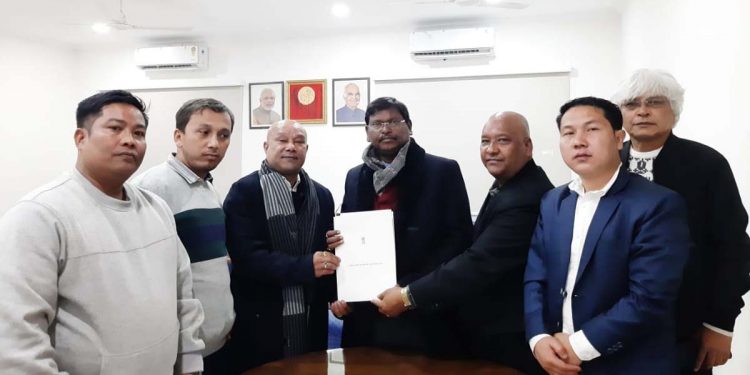 The tribal tourism would include the development of Orchid Polo for the creation of more jobs besides revenue generation.

The state BJP president sought the tribal affair minister’s intervention to help the four newly-joined BJP MDCs of JHADC get development schemes as they have raised their concerns to the state BJP for not getting the required support from the Central schemes.

The matter was also reported to BJP national general secretary Ram Madhav regarding the concerns of the  MDCs.

Union minister Munda assured that he would discuss the matter with the chief minister of the state.

The union minister also assured that he would give special consideration to projects submitted by BJP MLA Sanbor Shullai.

The state leaders also discussed various affairs related to the state and sought adequate central government support for various departments funded by the ministry of tribal affairs in Meghalaya for the overall development of the state.