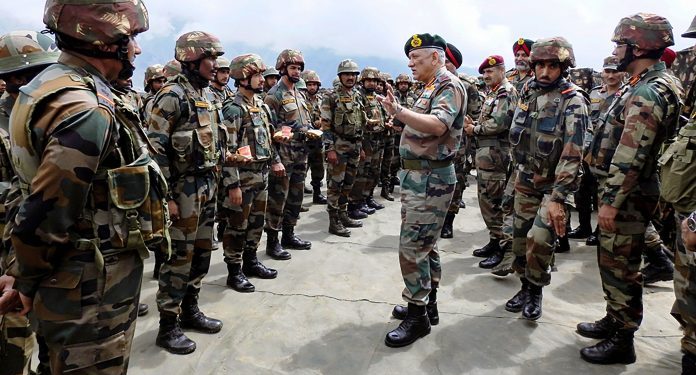 The Indian army’s “Operation Himvijay”, scheduled for October, will test out its ‘limited offence’ strategy in the Himalayan theatre finetuned over the last few years.

It will also be a test of the newly formed Integrated Battle Groups’ raised under the stewardship of army chief general Bipin Rawat.

Three IBGs, each 5000 strong and backed by tanks and medium artillery and supported by heavy-duty air transport, will battle it out, alternating as attack and defence formations during the exercise that may stretch into a fortnight.

The IBGs are leaner and more agile formations and ‘Himvijay’ will test out how well they perform in the Himalayan terrain, specially in a role involving limited offence , meaning a targeted thrust aimed at taking some key Chinese held feature of operational significance .

Military sources are understandably not inclined to discuss specifics but it is known that the Indian army has moved away from the pure defence strategy against Chinese formations since General JJ Singh took over as army chief.

The decision to raise a China-specific Strike Corps, based at Panagarh in West Bengal, was proof that the doctrine of ‘holding defence’ has given way to one of ‘limited offence’ which would involve penetrating thrusts against weak links of the Chinese held line to throw their offensive out of gear in a future war.

The army has worked for the last six months to develop the contours of ‘Himvijay’ with considerable brainstorming involving veterans and experts who have closely followed the changes on the PLA. It had to wait a while to get it cleared by the Modi government.

Now this has to be held before winter closes the Himalayan passes which is why it has been scheduled for October in Arunachal Pradesh.

But that is the time PM Modi will hold his informal summit in Mammallapuram with Chinese president.

The summit is aimed at improving frosty bilateral ties and one would wonder what signal Modi may try to send to Xi through a military exercise in the Himalayas which would be the biggest since General Sundarji’s “Operation Chequerboard” and “Operation Falcon” in 1986-87 which nearly started the second Sino-Indian war .

The Himalayan border is tense again after two years of relative quiet post-Doklam, if the face-off north of Pangong Lake on Aksai Chin this week is any indication.

Not much is expected of the summit after India lashed out at the Sino-Pak communiqué issued in Islamabad and Amit Shah promised not to rest until Pak-held Kashmir and China-held Aksai Chin are retaken by India.

Unless one were to repose faith in some last minute surprise accompanied by the usual Modi theatrics.