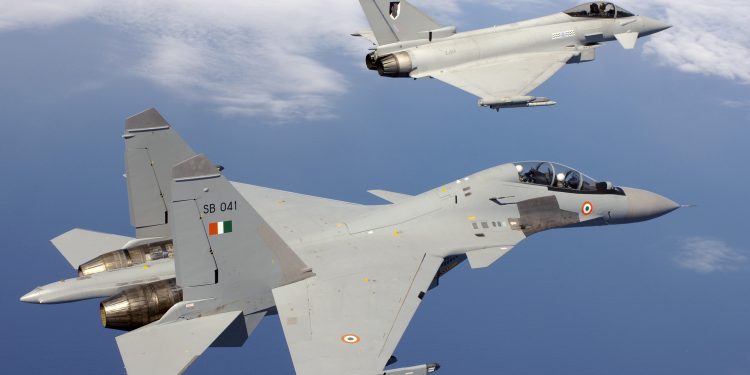 The recent downing of a PAF F-16, a much-touted modern day fighter aircraft, by IAF Wing Commander Abhinandan Varthaman, flying a Mig-21 Bison is being hailed as a historic first by pilots world over. This one ace act by Wg Cdr Abhinandan, who is back on Indian soil after being taken PoW briefly when he ejected over Pakistan, puts paid to rest all past controversies with regards the superior skill attributes of IAF fighter pilots that speaks volumes of their training values.

Wg Cdr Abhinandan had to eject from his Mig-21, ostensibly on account of a SAM hit that still remains in the realm of speculation. There is no concrete evidence to prove that as yet. However, one thing is for certain that Abhinandan’s R-73E air-to-air missile got the better of his PAF adversary while chasing him down in hot pursuit.  The remnant of unfired AMRAAM missile discovered among the debris on the Pakistani side is ample proof that an Indian ‘Bison’ doomed the ‘Fighting Falcon’.

Air Chief Marshal BS Dhanoa, in his interaction with media on Monday, refused to speculate on the end-user agreement between US and Pakistan, especially on the latter’s use of F-16 in an offensive role against India. It can be reasonably assumed that the US government and the US-based aircraft manufacturing giant, M/S Lockheed Martin are not likely to be too happy with the outcome of this aerial duel for various reasons. Needless to say, reputations are at stake.

While this downing of the PAF F-16 happened in a live combat scenario, on numerous occasions, IAF pilots have out manouevred their opponents in simulated air-to-air combat scenarios during friendly air exercises with other Air Forces of the world. USAF pilots were in for a huge surprise during Cope India exercises held in 2004, as were RAF pilots during Indradhanush air exercises.

Nearly 12 years back, in July 2007, this author was part of the second bilateral Indo-UK Air Exercise – Indradhanush, held at RAF Waddington, UK as the IAF Media and Communication Officer. The IAF had fielded Su-30 MKIs among its fighter component. The RAF flaunted their newly inducted Eurofighter Typhoons and also fielded Tornadoes among others. The arrival of Su-30 MKIs created quite a flutter as it was for the first time Sukhois were to be seen anywhere in the European skies.

Exercise Indradhanush began with a much-awaited one-versus-one (1vs1) sortie between an IAF Su-30 MKI and an RAF Typhoon. Reproduced here is an excerpt from the write-up by this author, which was issued as a press note for Government of India, Ministry of Defence:

“Much was at stake of its reputation when for the first-time, the Royal Air Force’s (RAF) Eurofighter Typhoon, developed by a consortium of European manufacturers and recently inducted into the RAF, was to engage in any kind of an aerial combat with any non-RAF/NATO fighter.

The Indian Air Force’s (IAF) Sukhoi-30 MKI ‘air superiority fighter’, here for the bilateral air exercise at Waddington for ‘Exercise Indradhanush-2007’, had an opponent for a befitting duel.

The operational part of the ‘Exercise Indradhanush-2007’ began with a series of 1vs1 air combat sorties. Both the variants landed with their much-touted reputations intact as each side tested their potential with their adversary in the air to their limits. These sorties were premised not entirely on having winners or losers – but more for their evaluator and training values as encapsulated in the objectives. And both sides ended-up sharing an enhanced respect for each other’s capabilities – both in terms of training values, and combat potentials of the diverse aerial platforms.

While the RAF fielded some of their most-experienced and highly-qualified pilots, some of them being very senior performance evaluators in active service, the IAF pilots were a mix of ‘young to middle-level pilots’ from the ‘Rhinos’ squadron. The RAF pilots were candid in their admission of the Su-30 MKI’s observed superior manouevring in the air, just as they had studied, prepared and anticipated. The IAF pilots on their part were also visibly impressed by the Typhoon’s agility in the air.

While it does not imply to say that the air combat sorties were meant for backslapping each other, it may be understood that in today’s aerial combat scenarios of ‘beyond visual range’ (BVR) capabilities of air platforms, it is highly unlikely that any of the modern-day fighters will ever get into a situation that warrants extreme close air combat, as in the situations simulated in the ‘one-versus-one’ sorties.   With a ‘kill’ criterion of front-gun ranges during ‘one-versus-one’ being mostly under 1000 metres and a visual tracking envelope behind the target for only up to a 60-degree cone for most fighter aircraft of the world, the unlikely scenario gets further exemplified.

But the irony also lies in the fact that while there is a number of counter and counter-counter measures to make the modern missiles with claims of inescapable parameters redundant by using ‘chaff’ and other active/passive measures, a ‘gun kill’ is invariably a most certain kill. The fighter pilots begin honing their tracking and combat skills under such close combat situations.”

Although the air exercise was supposedly a friendly, diplomatic exchange between two major Air Forces, subtle and nuanced sentences in the press note were meant to reinforce the high training values imbibed the IAF pilots, which brings them at par with the best amongst the world military aviators.

Although the piece was written to give a seemingly balanced view on the outcome of the 1vs1 duel without offering effusive praises to either side, those who read between the lines termed it ‘tongue in cheek’. And the endless thread dissecting and debating on the issue still rages on.

It was hardly surprising that on the following day, the IAF contingent commander conveyed that the German Air Force HQ alerted the RAF HQ that the press note was quite damaging to the Eurofighter’s reputation. It may be recalled that Typhoon was also among the six contending aircraft in the Indian MMRCA acquisition process. That it didn’t quite make the cut, I believe, had nothing to do with the press note that was issued.

Also Read : IAF was ready for attack on POK in 2008, says ex-commander of Su-30 squadron

In conclusion, it can now be clarified that the statement “the IAF pilots were a mix of ‘young to middle-level pilots’ from the ‘Rhinos’ squadron” was to mask the rank and age profile of the IAF pilots who flew in the Su-30 MKI that day. The crew comprised a Sqn Ldr and a Flt Lt, relatively junior officers whose combined sum of flying hours would have been nowhere close to the RAF senior evaluator’s, flying the Typhoon at that period in time. What the press note also does not clearly spell out for obvious reasons is that neither could achieve a kill on the other. So who was the winner here? Take your guess!!