Around 13,000 houses were damaged by storm and about 330 acres of cropland completely destroyed; casualty in 10 districts 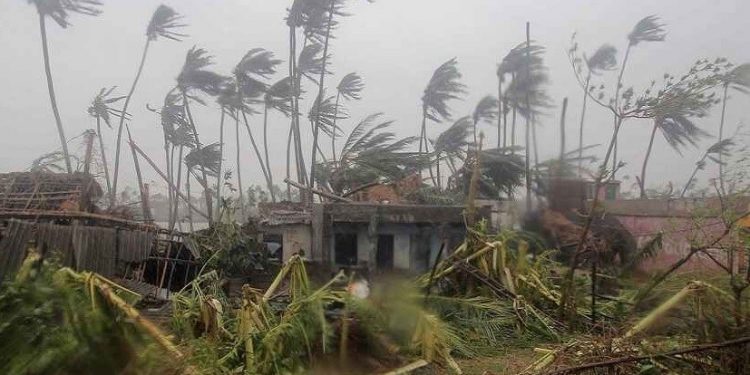 At least 17 people were killed and around 63 others injured in 10 districts of Bangladesh as the devastating Cyclone Fani made a landfall in the neighbouring country on Saturday, according to reports.

According to initial estimates from the National Disaster Response Coordination Centre, around 13,000 houses were damaged by the storm, including 2,243 that were completely destroyed while 11,172 were partially damaged.

Moreover, about 330 acres of cropland was completely destroyed, and 52,729 acres was partially damaged. Earlier concerned authorties in the country had notified that more than1.6 million people were shifted to safer places, reports added.

Meanwhile, even as the devastating cyclone Fani hit the neighbouring country, as many as 36 villages were flooded after the storm.

The sky remained overcast at several parts across Bangladesh even on Sunday.

Power supply has been affected at several places, while complaints of internet connectivity disturbances were reported from many places.

Meanwhile, authorities have so far cancelled as many as 12 flights and delayed several others.

Reports further added quoting Met office that the storm approached Bangladesh at a speed of 20 km/hrand reached the Jessore, Satkhira and Khulna regions around 6 am on Saturday, and then moved north-northeastwards, crossing Chuadanga, Rajbari, Manikganj and Dhaka with the speed increasing negligibly.

The storm then crossed the Sylhet and Mymensingh region, and finally moved towards Meghalaya, leaving Bangladesh.