China does not push Myanmar on Myitsone hydroelectric project

If the Myitsone dam project goes ahead, it will spell doom for Myanmar while China will take 90 per cent of the electricity produced 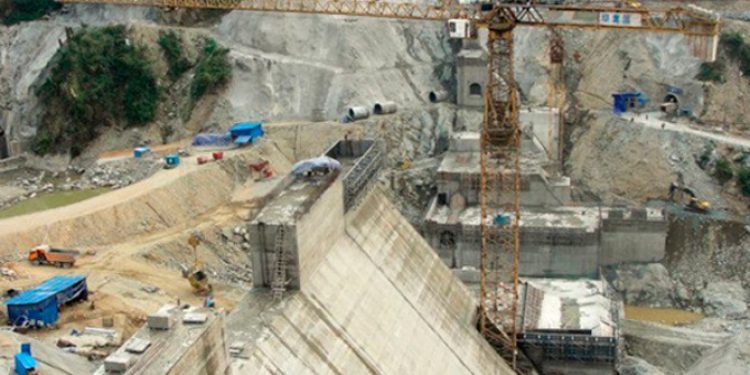 China has not pushed Myanmar to revive the controversial $ 3.6 billion Myitsone hydro-electric project during the just-concluded Belt and Roads Initiative (BRI) conference in Beijing.

Protests erupted in Kachin state, venue of the hydel project, ahead of state counsellor Aung San Suu Kyi’s visit to Beijing to participate in the BRI conference attended by nearly 40 heads of state.

“There were fears that China may push Myanmar to allow resumption of the project, initiated in 2009 by the country’s former military junta but mothballed two years later by the quasi-democratic regime of President Thein Sein amidst widespread protests in Kachin state.

During the recent BRI conference, Beijing decided that in Myanmar, China’s Ministry of Commerce will help formulate a five-year development plan for economic and trade cooperation. The China Railway Group Limited also handed over a feasibility report for the Muse-Mandalay Railway, a Myanmar-China high speed rail project, to Myanmar’s Ministry of Transport.

If the 6,000 MW dam were built on the country’s famed Ayeyarwaddy River, it would flood an area the size of Singapore, displacing tens of thousands.

Belatedly, China has been increasing pressure on its southern neighbour to revive the controversial project.

Around 10,000 Kachins last week staged a protest march in Kachin state’s Myitkyina calling for termination of dam projects both upstream and downstream on the Irrawaddy River.

While Myanmar is bound to suffer serious environmental impacts if the Myitsone Dam project goes ahead, China will take 90 per cent of the electricity produced, lead protester Steven Naw Awng said, explaining the reason behind the rally.

“The mega dam is not for us. But we will lose our lives and property because of it. So, we are all gathering to express our opposition,” Steven Name Seng said.

Myanmar Pesident Office spokesman Zaw Htay said that the ruling National League for Democracy-led government would not make any secret government-to-government deal on Myitsone dam by leaving people in the dark.

He added that the government seriously considered the public opinion on this issue and also the government would focus on the agreement and commitment made with the Chinese government.

The spokesman was talking to the media after meeting with the Kachin Humanitarian Concern Committee (KHCC) at National Reconciliation and Peace Centre (NRPC) in Naypyitaw on April 26.

He added that the government was liaising with China based on five principles, of which public opinion was most important, but commitments to China also counted.

A public opinion poll by Yangon Institute of Political Science indicated 85 per cent of the respondents opposed the Myitsone project.