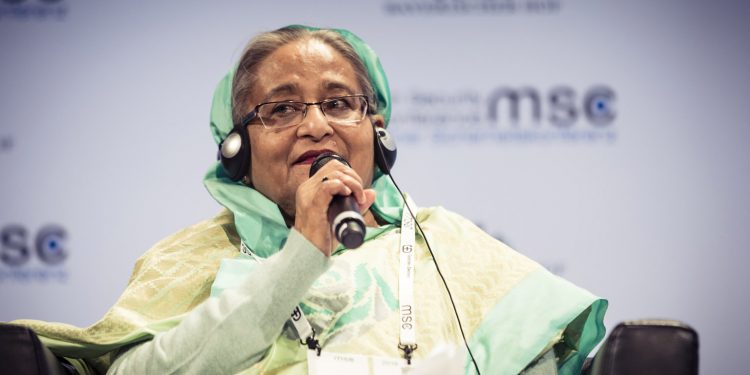 She was replying to a query in the Parliament on Wednesday.

“In recent times, the average temperatures in Bangladesh have risen between 0.5 to 1.0-degree celsius. The country is witnessing excessive rainfall in a short time span and cyclone in the Bay of Bengal,” Hasina added.

“These have been affecting the livelihood of the fishermen. Moreover, climate change has affected the biodiversity leading to a negative impact on agriculture and farmers’ livelihood,” she added.

“Seawater is now entering 100 km into rivers during summers,” she further informed.

“1920 industries out of 2400 have now set up Effluent Treatment Plant (ETP) to reduce industrial pollution as part of the Zero Discharge Policy adopted by the government in the industrial sector,” she added.

She further informed that the government has also initiated a programme to plant 1 crore trees in 2020.

“On the occasion of 100th birth anniversary Bangabandhu Sheikh Mujibur Rahman this year, the government has decided to plant 1 crore trees,” she said.

The country is regarded as one of the most disaster-prone countries of the world and in terms of vulnerability, Bangladesh ranks first.