Besides CAA, MLA sees more threat from Bangladeshis due to climate change 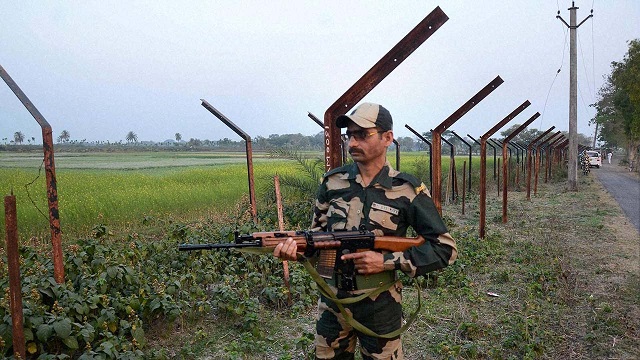 Amid CAA protests, Meghalaya legislator S K Sun has said millions of people from Bangladesh might flee their country to India due to climate change.

Apart from illegal immigrants who might seek Indian citizenship in the name of facing “religious persecution” in Bangladesh, Pakistan and Afghanistan, people from Bangladesh might flee their country to India due to natural calamity.

Sun, who represents Mawphlang constituency, pointed out this while taking part in the discussion in Assembly on the government resolution on December 19 that resolved to urge the Central government to implement the Inner Line Permit in Meghalaya.

In his discussion, the MLA presented a scenario of climate change and resultant rise in sea level that may have a far greater impact on Meghalaya’s indigenous population than the outcome from the Citizenship Amendment Act (CAA).

Quoting a report of the Natural Resources Defense Council, Sun said that Bangladesh often referred to as “ground zero” for climate change, and ranked sixth on the 2018 Global Climate Risk Index, and for many Bangladeshis, particularly the rural communities in low-lying coastal areas, those risks are already unmanageable.

Quoting a report in The New York Times, Sun said that Bangladesh’s Ambassador to India, Tariq A. Karim had estimated that as many as 50 million Bangladeshis would flee the country by 2050 if sea levels rose as expected.

“If millions of Bangladeshis flee their country, where would they go? The answer may not perhaps be hard to guess. It’s definitely the neighbouring country India.

“Bangladesh and India share a 4,096 km-long international border, the fifth-longest land border in the world, with West Bengal having the highest length with 2,217 km.

Stating that this threat is imminent to happen with millions of people from Bangladesh fleeing the country to neighboring country like India on account of natural calamity, Sun said that this is endangering the indigenous population of Meghalaya to become a minority unless and until, necessary measures is adopted to protect the indigenous population from such impending danger.

Sun said that threat is not exaggerated but is already being felt in Indonesia, where the government recently announced plans to move the capital city from Jakarta, which is subsiding and increasingly vulnerable to flooding.

He also said that the new figures show that 23 million people are at risk in Indonesia, up from the previous estimate of 5 million.

“When such crisis will arise, which is already started, it will create an international humanitarian crisis where neighboring countries like India, shall be requested by the United Nations to accommodate refugees from Bangladesh,” he said.

He demanded that the ILP should be implemented in Meghalaya in order to protect the indigenous population from danger of losing the identity.

Sun also said that the population of Bangladesh in 2019 is about 163.59 million.

Though, the CAA provides for people, who have come from Bangladesh, Pakistan and Afghanistan facing religious persecution in their respective country will not be treated as illegal immigrant, Sun asked, “what will happen to the other Hindu community still living in Bangladesh and facing religious persecution? We cannot rule out another amendment in the near future to accommodate them.”

“As such, accommodation of these persecuted communities from Bangladesh, Pakistan and Afghanistan in the state, will render the indigenous people of the state, a minority in their own land,” Sun stated.