The protestors dressed in traditional attire were accompanied by gayan bayan 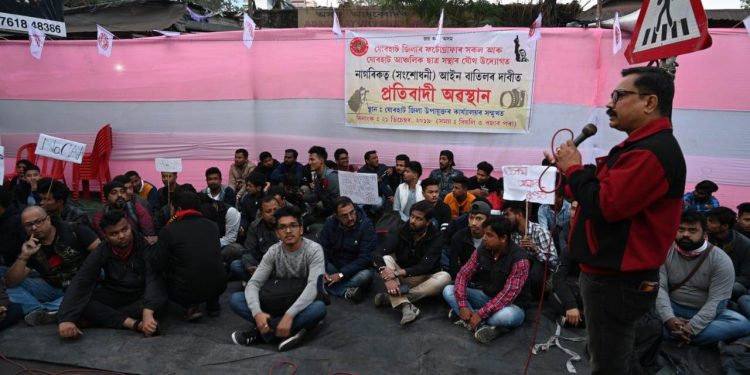 More than 500 inmates and disciples of the Puranimati Mayamora Satra, in the western outskirts of Jorhat, took out a protest march through the main thoroughfares of the town in protest against the Citizenship (Amendment) Act (CAA).

The protestors dressed in traditional attire were accompanied by gayan bayan and walked from the Ajanta Hall Bypass to Garali and returned doing a round of the town.

Responding to a call of the AASU for a show of women strength against CAA, a large number of women gathered in front of the Jorhat DC office complex and in village block offices to protest against the contentious Act.

The women who came in procession from different parts of the town including Assam Agricultural University and different walks of life including teachers of the Jatiya Vidyalaya , women writers sang patriotic songs and shouted slogans against the Prime Minister Narendra Modi and Union home minister Amit Shah. 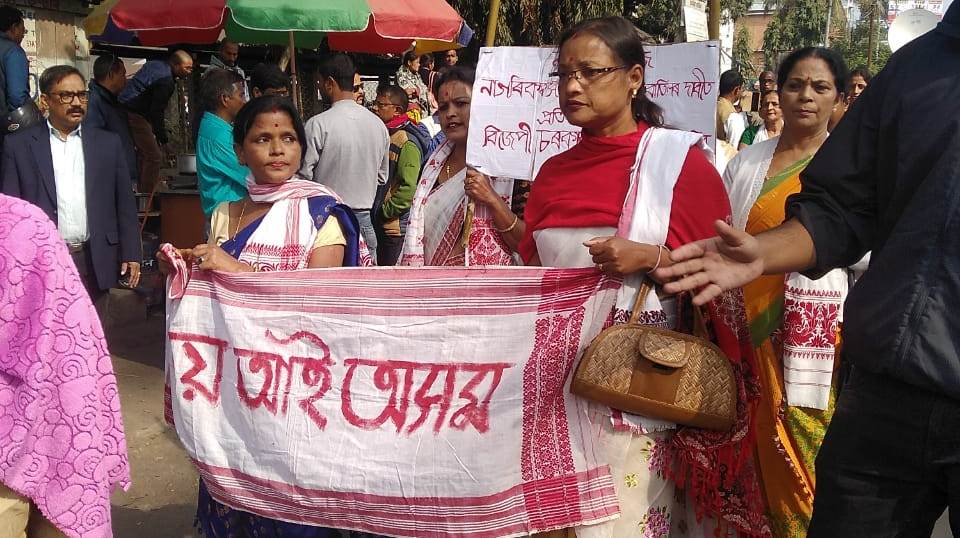 They also staged a sit in demonstration for about three hours in front of the complex.

Several citizens, who had taken part in the six-year long Assam agitation in the 80’s to oust illegal migrants from Assam, also joined the protest.