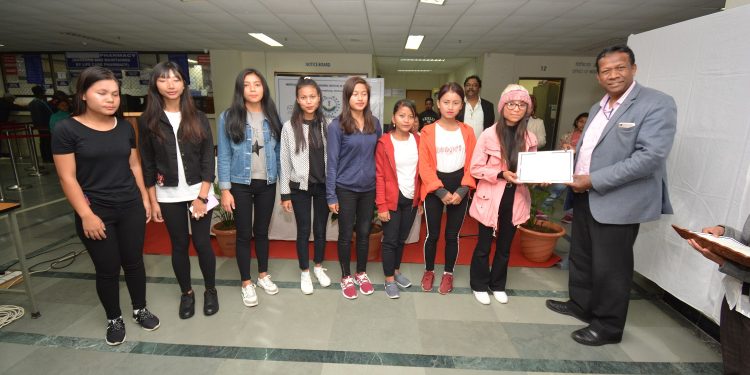 Swachhta Pakhwada, which started on April 1 last with inaugural function at OPD foyer of North Eastern Indira Gandhi Regional Institute of Health and Medical Sciences (NEIGRIHMS) near Shillong in Meghalaya concluded on Monday.

The fifteen days programme was inaugurated by the director of NEIGRIHMS on April 1 last who administrated the Swachhta Pledge to the participants and stressed that clean surroundings is each individual’s responsibility.

Plantation drive with plantation of 100 saplings was also organized on the same day in association with Mission Green Committee, and the State Government Programme Implementation and Monitoring Committee, Government of Meghalaya.

On April 2, beautification of lawns and weeding out of obsolete equipments and files was taken up by various departments of NEIGRIHMS.

On several days within the fortnight, health education was imparted to patients and attendants by staff of NEIGRIHMS during OPD hours.

On April 5, a Swachhta conference, ‘Hygeia 2019’ was held in NEIGRIHMS auditorium wherein sanitation staff of various institutions participated with a great enthusiasm. Skit play competition and essay competition were also organized during the event.

On the April 8, a cleaning drive was undertaken by the staff and students of NEIGRIHMS and the locals of Pynthorumkhrah. The cleaning drive was conducted to raise awareness in the community regarding cleanliness, sanitation and hygiene.

The drive was led by the medical superintendent, NEIGRIHMS in association with the Dorbar Shnong.

On the concluding day of the Swachhta Pakhwada on Monday, medical superintendent of NEIGRIHMS while thanking all the participants expressed his satisfaction over successfully conveying the message of importance of cleanliness to the society by means of conference, health talks, skit play, poster competition etc.

The prizes and certificates were distributed to the winners on the occasion.