Guwahati: Spanish Garden premises to remain as ‘Containment Zone’ for another 14 days

Manish Tibrewal of Spanish Garden discharged from GMCH on Sunday; he will have to remain out of home for 14 more days 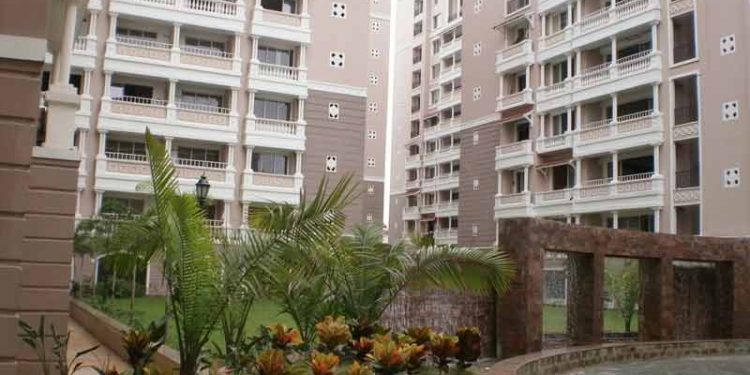 The Kamrup Metro district administration on Sunday extended the order of declaring the Spanish Garden premises in R.G. Baruah Road in Guwahati as a ‘Containment Zone’ for another 14 days.

The Spanish Garden complex was declared a ‘containment zone’ through an order No. DDMA-K (M) 03/2020/26, issued on April 4, 2020 after Manish Tibrewal of Spanish Garden tested positive for COVID19.

The order was issued by the Kamrup Metro deputy commissioner, who is also the chairman of the District Disaster Management Authority of Kamrup Metropolitan district.

In an order issued on Sunday, Kamrup Metro deputy commissioner Biswajit Pegu said his earlier order of April 4, 2020 has been extended with effect from 10 AM of Sunday in view of the “revised guidelines on COVID-19 on quarantine process”.

“Accordingly, all the restrictions issued vide earlier order will remain in force during the extension period of Containment Zone,” the order said.

The DC said this order is made under the regulations The Assam COVID-19 Regulations, 2020.

“Any violation of this order will attract action under the provisions of The Assam COVID-19 Regulations, 2020, The Disaster Management Act-2005, The Epidemic Diseases y Act, 1897 and other relevant laws of the nation,” the order said.

Meanwhile, Manish Tibrewal was discharged from Gauhati Medical College Hospital (GMCH) on Sunday after his recovery.

Tibrewal was discharged from the hospital in the presence of Assam health minister Himanta Biswa Sarma and his deputy Pijush Hazarika.

But he will be able to reach his home only after the ‘Containment Zone’ tag is lifted from Spanish Garden premises.

He has decided to remain in the paying cabin of GMCH during the 14-day quarantine period. 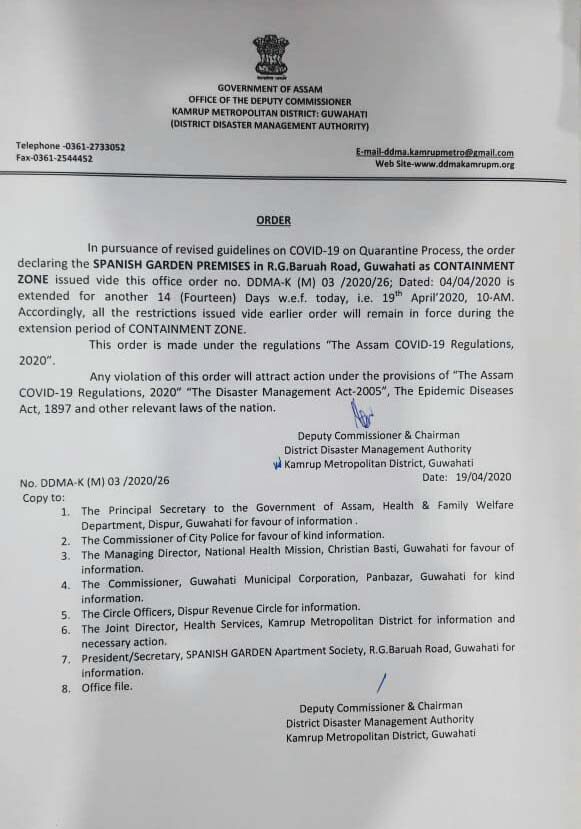