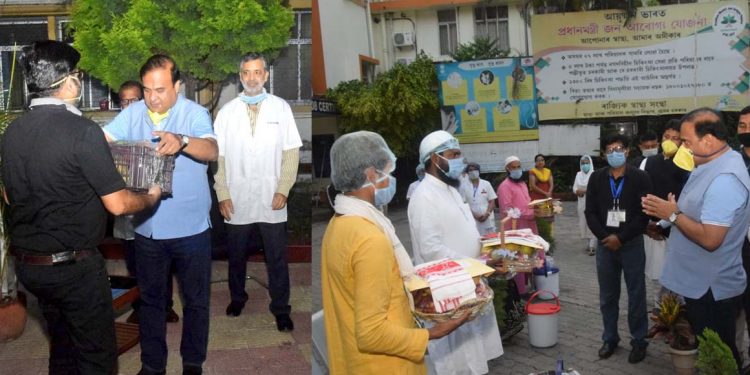 Five more cured COVID19 patients, including Spanish Garden’s Manish Tibrewal, were discharged from the hospitals in Assam on Sunday.

Four other COVID19 patients were discharged from Mahendra Mohan Choudhury Hospital (MMCH) at Panbazar in Guwahati.

The discharge was also monitored by the health minister and his deputy.

The health minister informed that the samples of four of these patients tested negative for COVID19 on April 10, 11, 16, 17 and 18.

Besides, their X-ray reports have also been found normal.

“There is no complicacy in their blood samples. So they have been discharged from the hospital today,” minister Sarma said.

He also said like Tibrewal, they will remain under the observation of the health department for 14 more days.

Assam registered a total of 34 COVID19 positive patients out of which one patient died of complicacy after infection.

Till Saturday the number of discharged COVID19 patients in Assam was 12 and on Sunday, it reached 17.