Assam filmmaker coming up with horror movie this winter 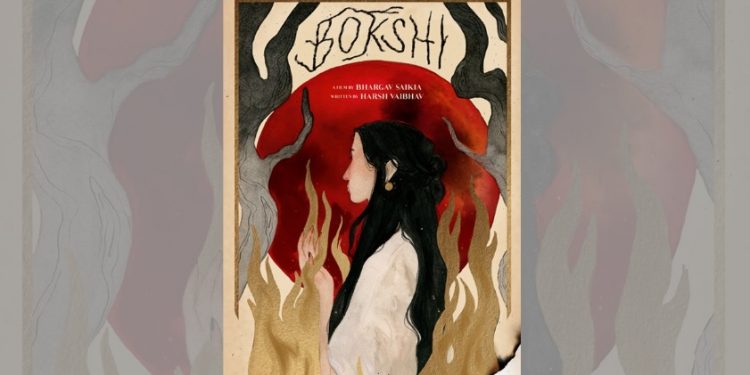 Assam filmmaker Bhargav Saikia is all set to come up with a horror flick titled ‘Bokshi’.

Saikia made this announcement through social media on Monday.

He shared a poster of his upcoming horror movie depicting a woman engulfed in fire with a blood read moon in the backdrop.

The name of the movie is scribbled in charcoal.

Based on a screenplay of debutant writer Harsh Vaibhav, this Hindi-English movie is scheduled to be shot this winter.

The movie will be shot at various locations across the Northeast.

According to Saikia, the casting and pre-production works will be carried out virtually in the coming months due to COVID-19 pandemic.

Bhargav Saikia’s previous film, The Black Cat, was an official adaptation of a Ruskin Bond short story and it featured Shernaz Patel and the late Tom Alter in the lead roles.

Saikia is the founder of the company Lorien Motion Pictures.