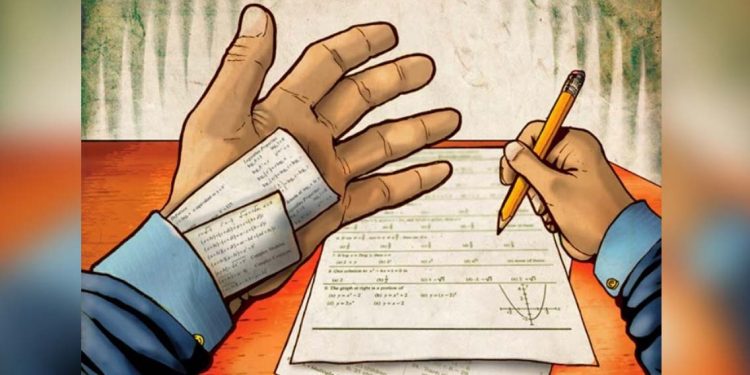 Twenty-one candidates were expelled for adopting unfair means on the first day of the High School Leaving Certificate (HSLC) and Assam High Madrassa (AHM) examinations in Dhubri district on Monday.

The HSLC and AHM Examination, conducted by the Board of Secondary Education Assam (SEBA), has been held in 860 examination centres across the state.

Altogether 3,58,446 candidates are appearing in the Class X examinations amid tight security.

In the Dhubri district, a total of 17,134 candidates are appearing in the HSLC and AHM examination in 30 examination centres.

Tight security measures have been adopted by the district administration for the smooth conduct of the examination.

However, 21 candidates were expelled in the district for adopting unfair means during the examination.

Apart from that, one Arabic teacher, identified as Joynal Abedin of Chirakhowa High School, has been arrested for allowing the candidates to adopt unfair means in the examination hall.

Saju Kr Yadav, inspector of school-cum-district examination officer, Dhubri said, “21 students have been expelled for adopting unfair means in the examination hall while one teacher has been arrested for allowing candidates to cheat.”

Lawful action, as well as departmental proceeding, has been initiated against the arrested teacher, said Saju Kr Yadav, inspector of schools, Dhubri.

Earlier, the SEBA announced that if any student is found engaging in malpractices during the board examinations, he or she would be expelled for a period of three years.