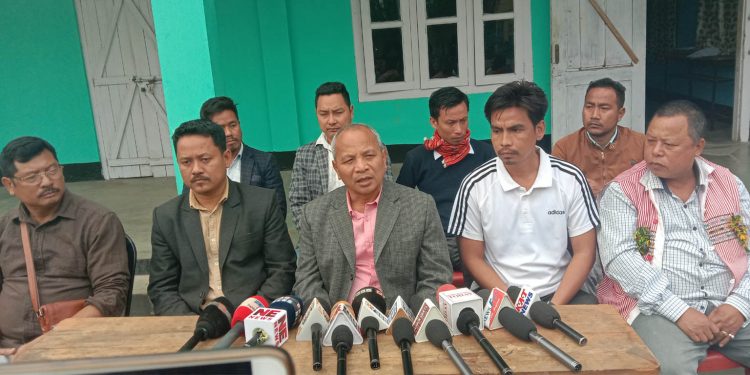 The Diphu District Court on Monday convicted 12 persons and acquitted 4 others in the 2013 Jhankar Saikia mob lynching case. The quantum of punishments would be pronounced on Friday.

Teron was speaking to a media in Diphu in a press conference organised by several civil society organisation including JACAS.

“The family members of those found guilty are not satisfied with the verdict and they will appeal against it at a higher court,” Teron said.

“The case relates to an incident of mob frenzy that took place in Diphu town in 2013. An altercation over auto fare caused the incident and Jhankar Saikia got killed in the unfortunate incident,” Teron said.

“In the legal proceedings, the twelve persons were found guilty under Sections 147 (rioting), 341 (wrongful restraint), 323 (voluntarily causing hurt) and 302 (murder) read with section 149 (every member of unlawful assembly guilty of the offence committed in prosecution of common object) of the IPC,” he added.

“Family members of the persons convicted are not satisfied with the decision as no such ingredient of an offence under Section 302 of the IPC, as learnt from reliable sources was committed by them,” he added.

“Considering the situation prevailing at the moments on that fateful day, we too are not satisfied with their conviction under Section 302 of the IPC,” Teron further said

“We have faith in the judicial system and hopefully expect that the honourable court would make judicious decision leaving no scope of punishing the innocents,” he added.