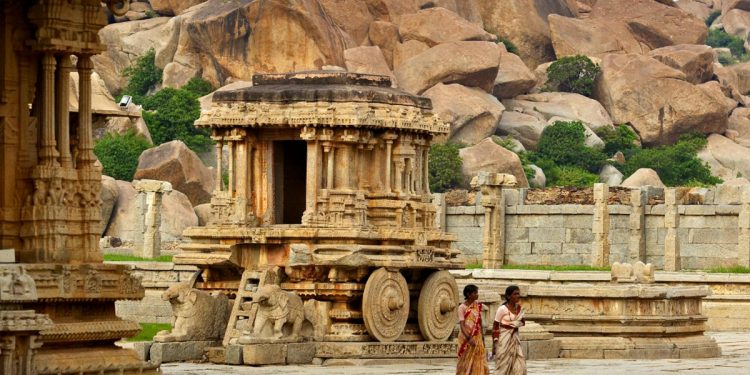 The union tourism is organising a series of Webinars on the overall theme of ‘Dekho Apna Desh’, with the sole objective to create awareness about and promote various tourism destinations of India.

These destinations, apart from the world-famous locations, also include the lesser-known destinations.

The webinar series also aims to share the lesser-known facets of popular destinations.

In addition, thematic Webinars are also being organised on subjects such as Accessible Tourism.

The sixth webinar of the series was organised on Wednesday on the subject ‘Making India an Inclusive Travel Destination For All’.

This webinar was heard live by over 1700 participants from all across the world.

The Webinar was a journey across various destinations in India where people with disabilities have travelled.

From the ancient city of Varanasi and exploring the Ghats on a boat, to the snow slopes of Gulmarg, from the Harmandir Sahib Temple (Golden Temple) in Amritsar to the Dalai Lama Monastery in Dharamshala.

From the Jaisalmer fort to rafting in Rishikesh, from the backwaters of Kerala to national parks in Karnataka- the webinar had covered several destinations.

Whether it was a hearing-impaired couple or a visually impaired couple, travellers on wheelchairs, groups or solo travellers from across the globe, all these destinations have been conquered by them.

The Webinar showcased the endless possibilities for Accessible Travel in India.

The facilities available for persons with disabilities at various sites in India and important factors to be kept in mind while planning travel for them were also highlighted in the Webinar.

In this backdrop, it is pertinent to note that India’s “The Right of Persons with Disabilities Act (RPWD), 2016” which came into force in 2017 is a big step towards ‘Making India an Inclusive Travel Destination For All ‘.

This Act not only increased the types of disabilities from existing 7 to 21 but also enhanced the Rights and Entitlements of Divyangjan thereby providing an effective mechanism for ensuring their empowerment and true inclusion into the Society in a satisfactory manner.

The webinar was conducted by Neha Arora, the founder of Planet Abled, an organization which provides accessible and inclusive travel solutions for people with different disabilities.

She was assisted by a sign language expert interpreting the proceedings for participants who are hearing impaired.