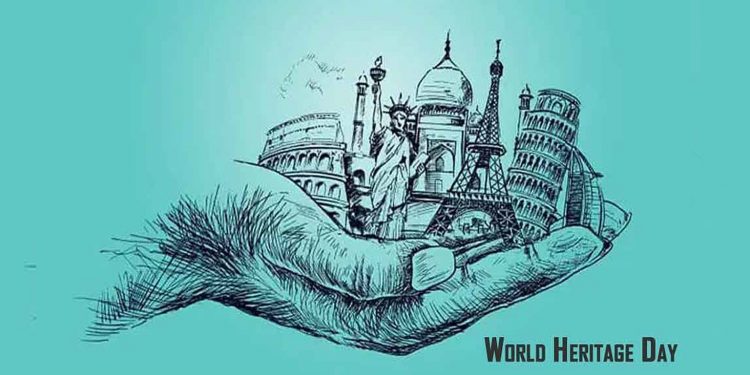 The tourism ministry on Saturday celebrated the World Heritage Day 2020 through a webinar series.

The union tourism minister Prahlad Singh Patel addressed live through the webinar on Ancient Temple city of Mamallapuram which had participants from all over the world.

During the first webinar which was on the ancient Temple City of Mamallapuram, the architectural and religious significance of the temples was highlighted by the panellists.

The second webinar was titled ‘World Heritage and Sustainable Tourism at Humayun’s Tomb’.

The webinar threw the light on the significance of World Heritage Sites and informed participants about the conservation works undertaken at the Humayun’s Tomb and other monuments in the complex.

Speaking on the occasion Patel highlighted on as to how the Indian tradition and culture is not only ancient but also invaluable.

He further said that in the present crisis where the world and our country also is dealing with COVID-19, it is the values of humanity and warm hospitality of our heritage which define us and makes us what we are.

He alluded to the shloka “ Vasudhaiva Kutumbhakam “(the world is our family) from the Maha Upanishad wherein India’s spirit is demonstrated in its warmth and humility through the help extended to all tourists stranded in India.

Remarking on how scientific our principles of life were in ancient India which have been part of our life, he said that it was these very ancient practices which have held steadfast in most trying of times before humanity.

He added that our values of resolve and silent resilience are what is holding us together.

He reminded that in ancient India the principles of religion were based on science and he illustrated his point by referring to the 52 pillars in Sun temple in Modhera, Gujarat, wherein each pillar depicts a week in a year.

“It is only our ignorance which does not allow us to understand the deep wisdom of the philosophy and traditions of India,” he said.

Both the Sun Temple at Modhera and Mamallapuram are UNESCO World Heritage sites.

He emphasised on how “ Namaste”, the Indian tradition of entering a home without shoes, taking bath before entering the home, things that may seem small but how much deep and timeless wisdom they have in them.

The language may differ but the essence of our great country is brought out in its deep traditions.

He told the listeners that the Prime Minister of India has got the Vision 2024 as a timeline by which we should be able to enlist, preserve and showcase the deep and invaluable heritage and culture of our great country’s monuments and traditions.

He mentioned that this list was only going to grow considering the depth and vastness of our ancient civilisation. Towards this, the Minister unveiled through technology the National List of the Intangible Cultural  Heritage of India and dedicated it to the people of the country.

The list is available on the website of Ministry of Culture. He mentioned that this list was only going to grow considering the depth and vastness of our ancient civilisation, including the arts, crafts and various other local traditions.