According to reports, the Red Cross has confirmed retrieval of the bodies of the 22 Afghan commandos. 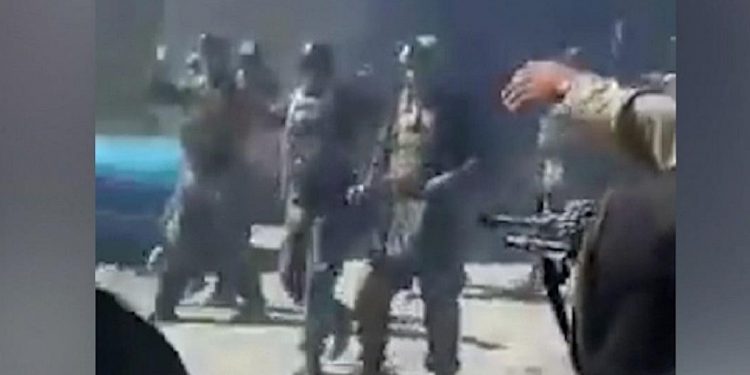 In one of the most horrific incidents of recent times, Taliban fighters executed as many as 22 commandos of the Afghan Special Forces in broad daylight.

The incident took place on June 16 in the town of Dawlat Abad in Faryab province, close to Afghanistan’s border with Turkmenistan, video of which has been put on air by the CNN.

According to CNN report, the Red Cross has confirmed retrieval of the bodies of the 22 Afghan commandos.

Meanwhile, The Taliban posted a video three days after the fighting in Dawlat Abad claiming that “the Washington guards, a CIA specially trained special commando who had been pursuing the Taliban in Dawlat Abad, Faryab, were captured alive by the Taliban, disarmed and handcuffed.”

The Taliban informed CNN that “the videos showing the commandos being shot were fake and government propaganda to encourage people not to surrender”.

According to CNN, a Taliban spokesman said they were still holding 24 commandos who had been captured in Faryab province but provided no evidence.

According to several witnesses, the commandos were shot in cold blood. One man said the commandos ran out of ammunition and received no support from the air.

“The commandos were surrounded by the Taliban. Then they brought them into the middle of the street and shot them all,” a witness said.