A 53-year-long wait for Italy finally came to an end. 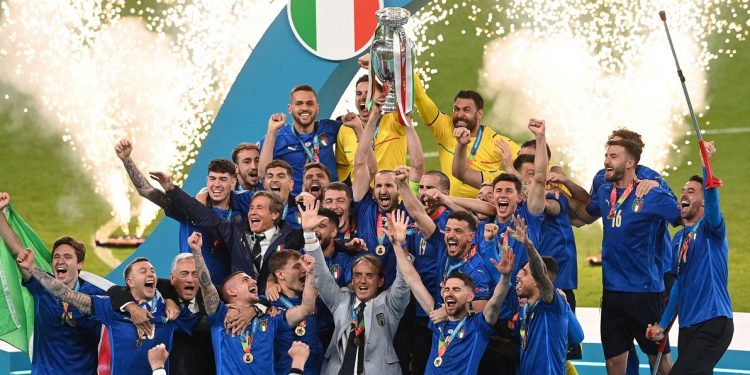 A 53-year-long wait for Italy finally came to an end on Sunday, as they lifted the Euro Championship trophy for the second time in history.

Italy defeated England 3-2 in the penalty shootout in the Euro 2020 final at Wembley Stadium in London.

The match stood at 1-1 even after extra time, necessitating a penalty shootout to determine the winner of the Euro 2020.

Marcus Rashford, Jadon Sancho and Bukayo Saka missed for England as Italy goalkeeper Gianluigi Donnarumma saved two penalties in a row to take his team to the title.

This is the first major international title that Italy have won since their triumph at the 2006 FIFA World Cup.

On the other hand, England were eyeing their first major international title win since 1966, when they had won the FIFA World Cup.

It was heart-breaking for most of the 67,000 spectators gathered at the Wembley Stadium in London as England once again ended on the losing side.