Third wave of COVID-19 pandemic is likely to hit India in six to eight weeks. 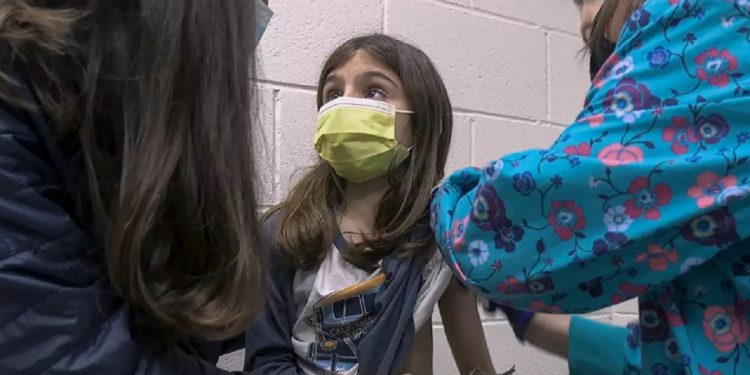 Director of All India Institute of Medical Sciences (AIIMS) – Dr Randeep Guleria has said that a COVID-19 vaccine for children can be expected by September this year.

He said that Bharat Biotech manufactured COVAXIN vaccine is likely to get approval for children by September.

“After the completion of the second and third phase of trials of Covaxin for children, the trial data would be made available by September and the vaccine itself is likely to be approved in the same month,” Dr Guleria said.

COVAXIN trial on children started at different medical institutes in the Country earlier this month to ascertain if the vaccine jab is suitable for children.

Delhi AIIMS started screening children for these trials on June 7 and involves children between the age of 2 to 17.

On May 12, the Drugs Controller General of India had granted permission to Bharat Biotech to carry out phase 2, phase 3 trials of Covaxin on children as young as two.

Earlier, director of Delhi AIIMS – Dr Randeep Guleria had predicted that the third wave of the COVID-19 pandemic is likely to hit India in six to eight weeks.

“Third-wave is inevitable and it could hit the country within the next six to eight weeks,” Delhi AIIMS – Dr Randeep Guleria.