The film, starring George Baker, Nipon Goswami, Arun Nath, is being made under the banner of Suravi Enterprise 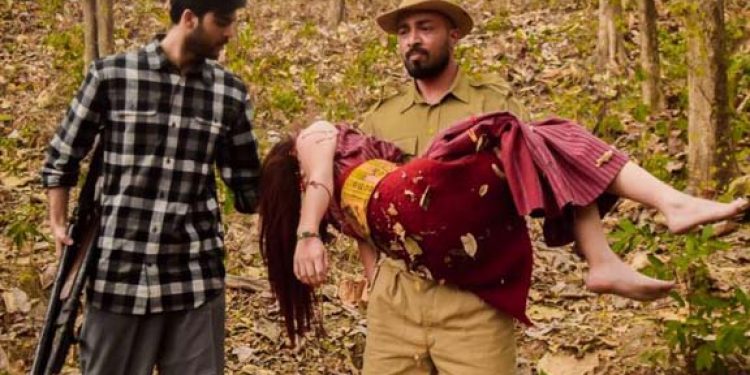 A still from the film - 'SEEMA - The Untold'. Image credit - assamese.cf

The film, starring National Award winning Assamese and Bengali film actor and Member of Parliament, George Baker, Nipon Goswami and Arun Nath, is being produced and directed by Hiren Borah.

George Baker played the role of Berkley in the national award winning movie by Abdul Mazid ‘Chameli Memsaab’ in 1975.

A promo of the ‘SEEMA – The Story Untold’ has already been released.

The director of the movie, Hiren Borah, has also written the story and script of the Assamese movie.

According to information, the movie is being made under the banner of Suravi Enterprise.

The ‘SEEMA – The story untold’, is being made on the basis of true events.

The movie is about the panic the people experienced during the Chinese aggression in 1962.

The movie also shows the pain and sufferings that the people of Tezpur town in Assam bordering Arunachal Pradesh faced during the evacuation process of the Chinese aggression.

The film captures the agony of evacuation of the historic Tezpur town during the Chinese aggression of 1962 and the patriotic fervour of its youths against the backdrop of the AIR broadcast of then Prime Minister of India expressing his deepest anguish for Assam.

The contemporary highlights include release of the jail convicts and the inmates of mental asylum and the humanitarian work of the Mission Hospital.

The story ends with the unilateral ceasefire and the retreat of the Chinese forces followed by the return of the evacuees and the happy union of a pair of lovers.

He has been producing, directing, scripting and acting in films, serials and on stage for the last several years.

He also received ‘Rup Kunwar Jyoti Prasad Agarwalla’ Award for Best Film along with eight other major award at the Assam Film Award, 2010, by the Cultural Department, Government of Assam.

In his direction ‘Preyashee’, a TV serial (sponsored category) received award for excellence in the field of Music Direction, Playback song and Photography from Jyotirupa, a well-known organization of Assam.