Popular Bollywood actor and former MTV VJ Purab Kohli on Tuesday revealed that he and his family were diagnosed with COVID-19 recently.

He made the announcement in an Instagram post, in which he said, “Hey guys, we’ve just had the flu and given our symptoms our GP says we were down with COVID-19. Pretty similar to the regular flu with a stronger cough and a feeling of breathlessness.”

Kohli further added that his daughter Inaya got the disease first.

The ‘Rock On’ star informed that his daughter had a mild cough and cold for two days, after which his wife, Lucy Payton, had some issues in her chest.

“Then me, I got a solid cold for one day which was horrid, then it vanished and this irritating cough set in for 3 days,” the actor further added.

“Three of us had only mild 100-101 temperatures and fatigue. Osian got it last with a 104 fever for 3 nights. Also, a runny nose and a slight cough. His fever disappeared only on his 5th day,” he further said. 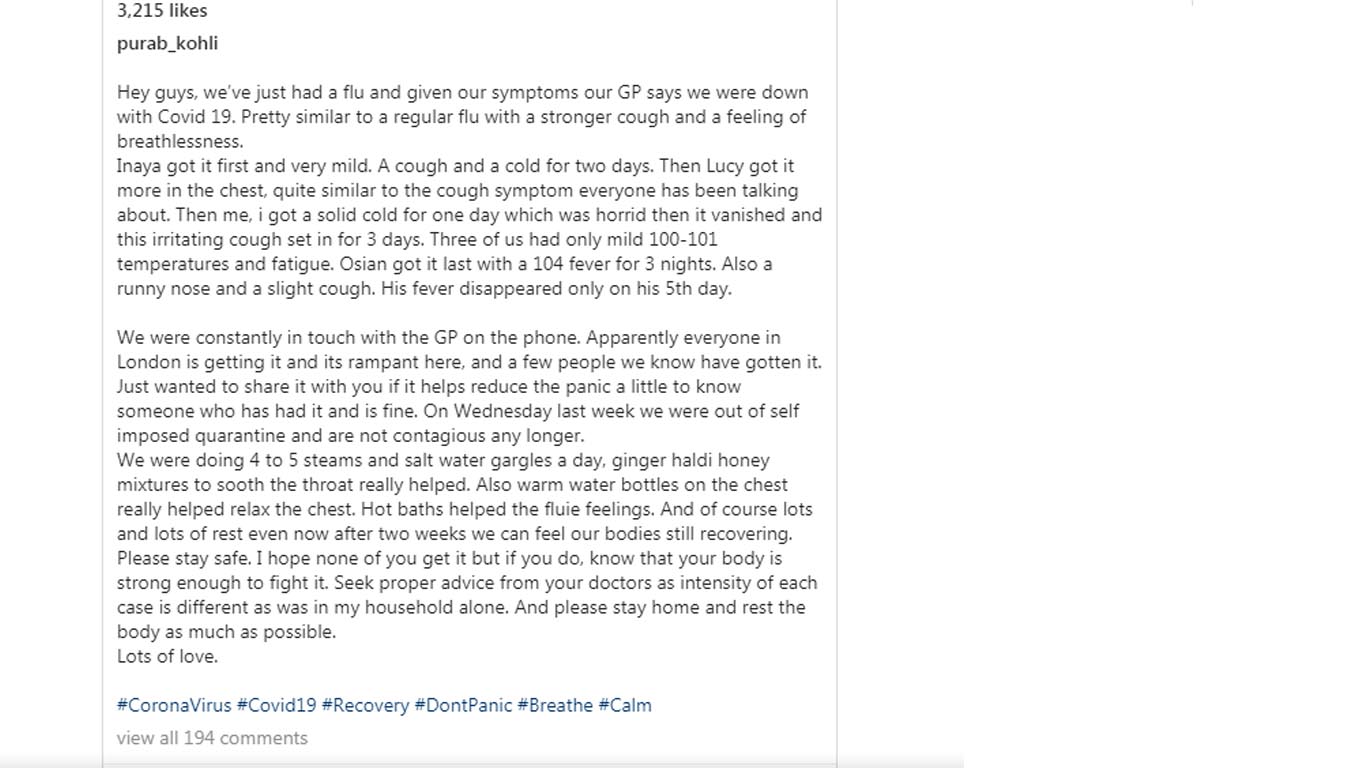 Kohli and his family were in self-imposed quarantine, which ended on April 1.