In 2002, a mob torched a coach of Sabarmati Express at Godhra station, leading to the death of 59 ‘karsevaks’. 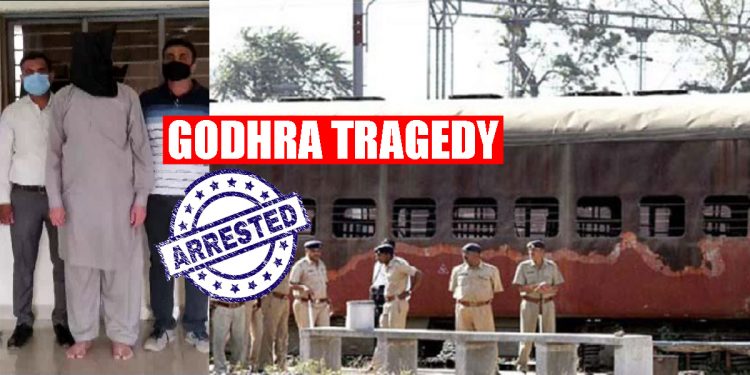 Prime accused in the infamous 2002 Godhra tragedy incident has been held by the police after 19 long years.

51-years-old Rafiq Hussain Bhatuk was allegedly part of the “core group” of the accused persons involved in the entire conspiracy.

In 2002, a mob torched a coach of Sabarmati Express at Godhra station in Panchmahal district of Gujarat, leading to the death of 59 ‘karsevaks’.

Bhatuk was arrested following a raid at a house in Signal Falia area near the Godhra Railway Station.

“We have arrested the prime accused in 2002 Godhra train burning case after 19 years. He was working at different construction sites in Delhi before returning back to Godhra,” SP of Panchmahal district – Dr Leena Patil informed.

“We will hand him over to Godhra railway police for further investigation,” informed SP Patil.

It is believed that the trio had fled to Pakistan.