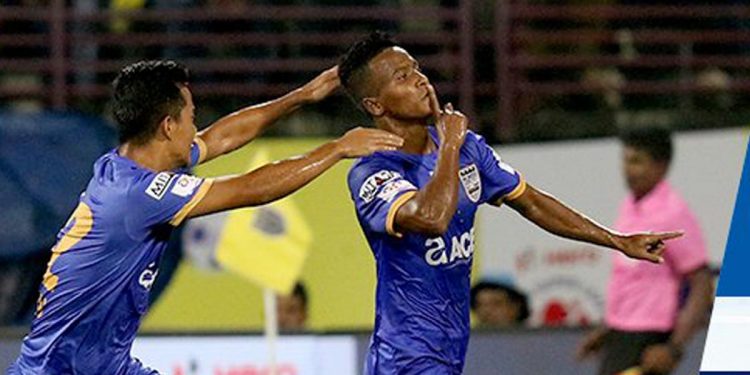 Pranjal Bhumij in action on the field

Pranjal Bhumij, the 21-year-old striker hopes Assam will soon have two football clubs to play in the I-League.

This he hopes will work for the benefit of the game’s future in the state by providing an apt platform for talented aspiring players.

“No doubt the football scenario has improved, but much more needs to be done if we are to provide a platform to talented aspiring players to showcase their skill. If we have at least two I-Leagues clubs from the state it will help in producing more good players from the state,” said a report quoting Pranjal.

Having two I-League clubs will also increase the level of competitiveness among the players, thereby helping them to play better.

Pranjal rose to prominence after delivering a long-range strike against the Kerala Blasters in the ISL 2018-19.

“Many players from Mizoram and Manipur play for the league. I will definitely like to see more players from our state in the league,” said the player who represents Mumbai FC.

He said the I-League clubs can offer financial assistance to football players from humble backgrounds to access better training facilities outside the state.

Meanwhile, Pranjal is eagerly waiting for the next season of ISL to start and has been training hard to deliver for his team.

“I would definitely love to represent my country someday. I also aspire to play for foreign clubs in the future,” he said.