Covid19 & its impact on students, parents 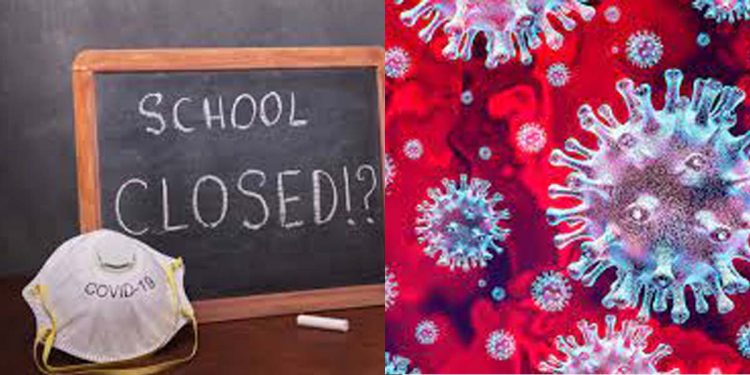 The Covid19 was originated in a sea food market in the Wuhan city of Hubei Province in China in December 2019 and since then the killer virus has been transmitted from man to man and spread as wildfire to all the countries in the world.

Observing its magnitude, in May 2020, the World Health Organisation (WHO) declared it as global pandemic.

In India, Prime Minister Narendra Modi announced Janata Curfew on March 22, 2020 and in a televised address to the nation on March 24, 2020, he declared a countrywide lockdown, which fully disrupted the normal lives of its citizens.

The lockdown impacted almost every sector.

The schools too were closed for an uncertain period of time. The students, teachers and the parents confronted a new situation as schools were deserted; there was no dissemination of knowledge.

The only solution in India was novice online classes either through laptops or smartphones. But the rural and some remote parts of India were not smart enough to use smartphones or laptops, even most of the families could not afford the gadgets.

No coverage of internet and improved electricity connectivity, low bandwidth of internet and frequent disruptions were other related problems faced by the teachers and students.

But maximum numbers of teachers were not literate to the new gadgets and similarly, they enjoyed the closure of schools. The outcomes from the online classes were almost zero except some renowned tech savvy urban educational institutions.

Instead of learning from the online classes, a section of students addicted to gaming on mobile phones bought by the parents with their hard-earned money.

The stalemate continued for months and in this period of uncertainty, anxiety started to grow among the parents and students. Months later, the nationwide lockdown was gradually withdrawn and situation became normal in India while Covid19 cases and death tolls were spiralling in the US.

But this time, the second wave of Covid19, more deadly than the previous one for the mutations of the virus, spread across the country, affecting heavily several Indian states like Delhi, Maharashtra, Uttar Pradesh.

Observing the situation, the states across the country were allowed to issue new Standard Operating Procedures (SOPs) as positive cases were on the rise and its impact again fell on the students.

In view of the uncertain situation brought about by the second wave of Covid19 pandemic and the views obtained from various quarters, the CBSE Class 12 board examinations 2021 were cancelled by the central government. The decision was announced after a meeting chaired by PM Modi.

Along with other states Assam boards also announced postponement of Class 10 & 12 examinations keeping in view of the Covid19 situation.

But Dr Ranoj Pegu, the new education minister of Assam, announced that the state would go for Class 10 & 12 examinations in August.

The minister recently announced the decision after discussion with senior officials of the education department, students’ bodies and also autonomous councils in the state to find a solution to the examinations issue.

He told the media several times that the examinations must be held and they were waiting for a conducive time. Once the Covid19 cases go down in the state, a solution would come out. His pro-active attitude is welcome by the students and parents.

The primary level students are largely affected by the Covid19 situation, losing the most crucial time of learning in their lifetime.

Children have innate quality to learn anything in this period including language (s), calculations, etc. The little kids have been staying at homes for months. They are not going to schools and not learning anything from their teachers, leave the fortunate students of elite schools, who are learning something online with the help of their parents smartphones or laptops.

Besides, the parents, who are literate, are trying to help their children, but most of the parents are helpless in this context.

But the tools and medium are quite novice to both the teachers and the students. The outcome from this method of learning is difficult to enumerate.

The media in India were seen less attentive to this issue. But in developed countries, many leading internationally acclaimed newspapers, including The Guardians, The New York Times, The Times, The Independent and some magazines too highlighted it and published the issue as lead story several times.

Future is always unpredictable and it intensifies by the ongoing protocols. The parents, particularly the mothers of the school going children are in anxiety and tremendous mental pressure.

Anxiousness and uncertainty for long time can develop depression and some other kind of psychological disorders. But many states including Assam, people do not have enough awareness on mental health issues.

Psychiatrists and psychologists in Assam through various media have alerted the people of the state to get prepared for post-pandemic situation. It’s time to think about the post-pandemic period and address issues properly and actively.

(The author, Monoj Gogoi is associated with People’s Action for Development)