Lovelina stormed into semis (69 kg) with a win by unanimous verdict (5-0) over Australian pugilist. 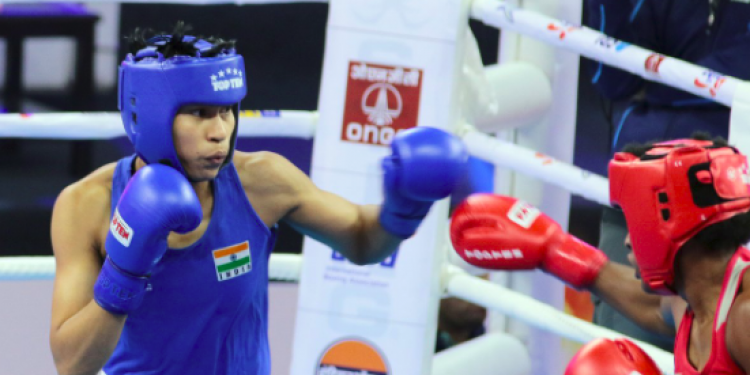 Lovelina stormed into semis (69 kg) with a win by unanimous verdict (5-0) over Australian pugilist. With this win, she assures another medal win for India.

MC Mary Kom defeated China’s Wu Yu 5-0 in the light flyweight (48kg) category quarterfinals to enter the semifinal and be assured of a medal.

The 35-year-old mother-of-three Mary Kom entered the event with a remarkable tally of five gold medals and a silver to her credit. She last won a world championship medal in 2010 – a 48kg category gold.

“It was a tough bout. Not very tough but not very easy also. There are a lot of good Chinese boxers who keep coming. I have faced a lot of them but this opponent I have not faced earlier. But once I got her game I thought out what to do and I had not much of a problem after that,” she added.

The Olympic bronze-medallist next faces North Korea’s Kim Hyang Mi in the semi-final on Thursday. The Indian had beaten her in the Asian Championships last year.

“So, I am confident of winning but not overconfident,” she added.

In a bout which saw little action, Mary Kom was the better boxer with clean punches. More importantly, the local favourite rarely allowed Wu to get a clean shot at her. The five judges ruled in her favour with the elaborate scoreline reading 30-27, 29-28, 30-27, 29-28, 30-27.

But with Tuesday’s win, the Manipuri became the most successful boxer in the marquee tournament.

On the other hand, Assam’s Bhagyabati Kachari from Udalguri goes down to World No. 3 Colombian pugilist in QF (81 kg).