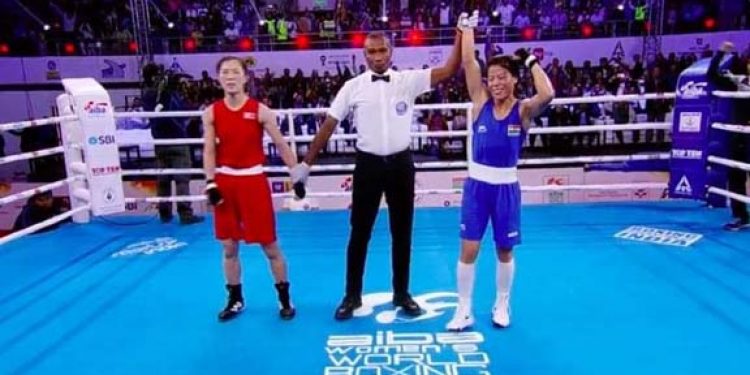 On the other hand, another Indian boxer from Assam, Lovlina Borgohain, lost 4-0 to Chen Nien-Chin of Taipei in the semi-final round of the 69 kg category of the event.

By storming into the final, Mary Kom has become the most successful woman pugilist in the history of the event.

Now Mary Kom will fight for her sixth gold against Ukraine’s Hanna Okhota whom the Indian pugilist had defeated in an event held in Poland this year.

The report quoted Mary Kom as saying: “I have beaten the North Korean opponent in the Asian Championships last year and that time it was a one-sided bout. But win or lose, every boxer always learn and I think she has learnt (from that bout). At the same time I also have learnt and I came prepared to defend and counter. I am happy that I am in the final.”

She also added: “My opponent was taller than me and strong also. Taller boxers can have the advantage, they can get inside immediately and come back again. But once inside the ring, I don’t care whether my opponent is tall or not, I play my game and once I know hers, I do my own,” she added.

The pugilist from the northeastern State of Manipur entered the event with a remarkable tally of five gold medals and a silver to her credit.

Before this world championship, Mary Kom was tied with Irish legend Katie Taylor (five gold and a bronze) in the number of medals won.