Another Assam boxer Pwilao Basumatary (64kg) was the first among the women to win gold. The former World and Asian Bronze medallist claimed a 3-2 win over Thailand’s Sudaporn Seesondee. 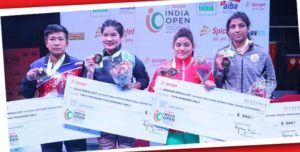 The Assam boxer is a regular in the national camp and had claimed a gold medal at the 2015 Nation’s Cup in Serbia.

She hails from a small village in Kokrajhar where several families were displaced during the 2012 riots. Her family was among those displaced by the violence but has since moved on. 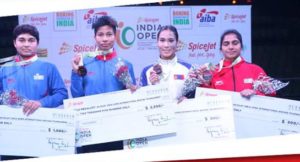 Sarita gave her all in the bout but lost on a 2-3 decision after Potkenon salvaged a rather rusty performance with a final-round flourish.