Why puja at Kamakhya Temple a must for Bollywood stars & VVIPs during visits to Guwahati? 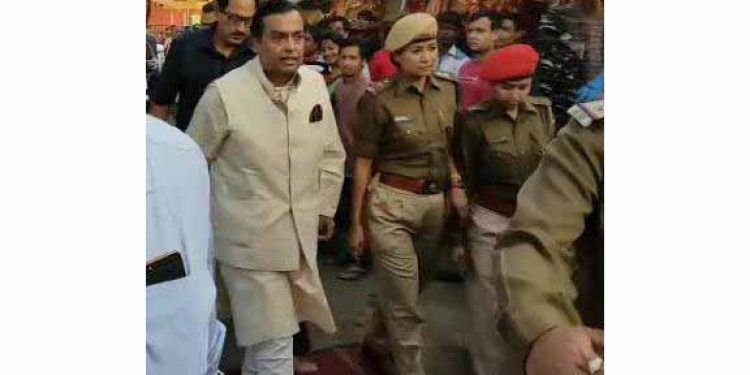 File image of Mukesh Ambani during his visit to Guwahati

During the last weekend, the holy temple of Kamakhya in Guwahati had footfall of large number of VVIP devotees, all top stars of Bollywood.

Almost all the top Bollywood stars, who were in Guwahati to attend the 65th Filmfare Award function, made it a point to offer prayers at the Kamakhya temple.

Govinda, immediately after landing said he always comes to Guwahati to offer prayer to Maa Kamakhya.

“I am happy to be back in Guwahati for the Filmfare Awards this time, and blessing of Maa Kamakhya is most important for me,” Govinda said.

In addition to Govinda, most Bollywood stars made it a points to visit Kamakhya Temple within hours of landing in Guwahati.

Like the Bollywood stars, every day, VVIPs visiting Guwahati always ensure that they find time to offer puja in Kamakhya temple.

In the past, several Prime Ministers and Presidents of India offered prayers in the holy temple located atop the Nilachal hills.

Even Prime Minister Narendra Modi wanted to take Japanese Prime Minister Shinzo Abe to Kamakhya Temple during the India-Japan Summit, which was scheduled to be held on December 15, last year in Guwahati.

But, why are the Bollywood stars and VVIPs so fascinated to offer prayers in Kamakhya temple in Guwahati?

The Kamakhya Temple is one of the oldest of the 51 Shakti Pithas. It is the holiest temple in India.

The current structural temple was built and renovated many times the 8th and 17th century.

The inner sanctum, the garbhagriha, is below ground level and consists of no image but a rock fissure in the shape of a yoni (female genital).

The first epigraphic notice of Kamakhya is found in the 9th-century Tezpur plates of Vanamalavarmadeva of the Mlechchha dynasty.

Kamakhya is an important seat of Tantrikism. The Kalika Purana (10th century) was composed and Kamakhya soon became a renowned centre of Tantrik sacrifices, mysticism and sorcery.

Even today, Tantra is basic to worship, in the precincts of this ancient temple of Goddess Kamakhya. It is one of four primary shakti peethas.