US Commission seeks sanctions against Amit Shah over CAB

CAB is a dangerous turn in wrong direction, says USCIRF 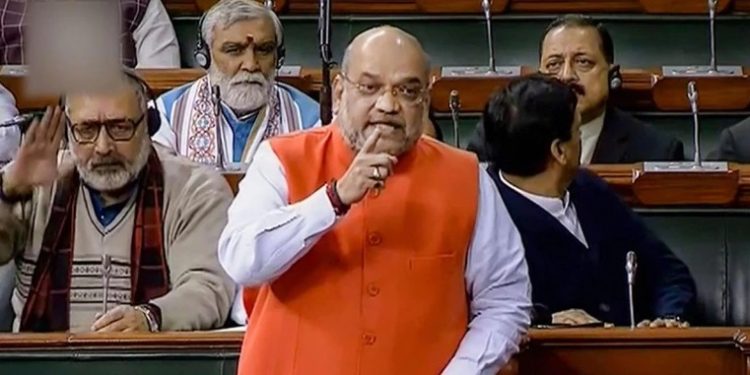 A Federal US commission on international religious freedom has sought American sanctions against home minister Amit Shah if the Citizenship (Amendment) Bill (CAB) is passed in the Parliament.

The organisation said the CAB is a “dangerous turn in wrong direction”.

Amit Shah on Monday introduced the controversial bill in Lok Sabha, where it was passed with 311 members favouring it and 80 voting against it.

The Bill will now be tabled in the Rajya Sabha on Wednesday for its nod.

In a statement issued on Monday, the US Commission for International Religious Freedom (USCIRF) said that it was deeply troubled over the passage of the bill in Lok Sabha.

“If the CAB passes in both houses of parliament, the US government should consider sanctions against the home minister Amit Shah and other principal leadership,” the commission said.

“USCIRF is ‘deeply troubled’ by the passage of the CAB, originally introduced by home minister Shah, in the Lok Sabha given the religion criterion in the bill,” it added.

The USCIRF alleged that the CAB enshrines a pathway to citizenship for immigrants that specifically excludes Muslims, setting a legal criterion for citizenship based on religion.

“The CAB is a dangerous turn in the wrong direction; it runs counter to India’s rich history of secular pluralism and the Indian Constitution, which guarantees equality before the law regardless of faith,” it said.