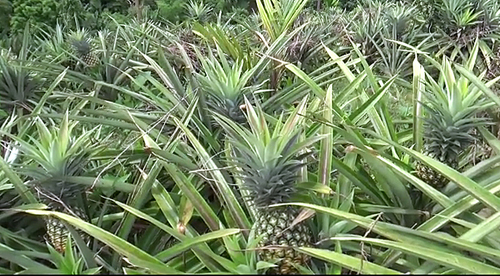 The Q breed pineapple cultivated at Darchoi is delicious which is being done mostly by the Darlong community tribal people.

They also cultivate mango, jackfruit and lemon.  However, as there is not much profit from pineapple cultivation, many of them have shifted to cultivation of another fruits and vegetables.

The farmers stated that they spend about Rs 1.5 to 2 lakh in preparing the land for cultivation but they don’t earn enough profit from the cultivation. But after they saw rise in demand of cultivation they have renewed hope in continuing with the cultivation.

However, a consignment of 1.5ton of Q breed pineapple is being shipped to Dubai in presence of MLA Bhogoban Das, Sudanshu Das and Kishnau Chakraborty (Horticulture officer)

The farmers got their payment along with felicitation.