Woman kills husband in Tripura, buries his body in bedroom 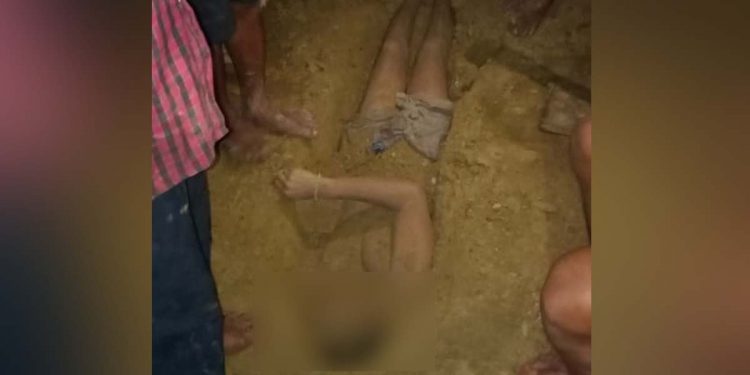 A woman in Tripura recently killed her husband and buried his body in their bedroom.

Later, the woman has surrendered before the police.

The incident has taken place at Jagabandhu Para in Gandacherra sub-division of the Dhalai district.

The Jagabandhu Para is a tribal helmet and almost 200 kilometres away from the capital city of Agartala.

The body of 30-year-old Sanjit Reang was recovered from his house in Jagbandhu Para on Thursday night.

The body was covered with soil on the ground.

The woman, who committed the crime, has been identified as 25-year-old Bharati Reang.

After burying the body of her husband, Bharati went to Raishyabari police station and confessed before the police that she had murdered her husband on Thursday afternoon.

She made the confession before Raishyabari police but the area of the incident does not come under the jurisdiction of Raisyabari police station.

So, the Raisyabari police immediately contacted the Gandachera police station regarding the incident.

On receiving the information, a team of Gandachera police rushed to the spot and recovered the body.

However, the motive behind the murder is yet to be ascertained.

The couple has a six-year-old girl.

The incident has created a sensation in the sub-division.

According to police, Sanjit Reang died as he was hit on the head with a heavy object.

An investigation is on, police said.