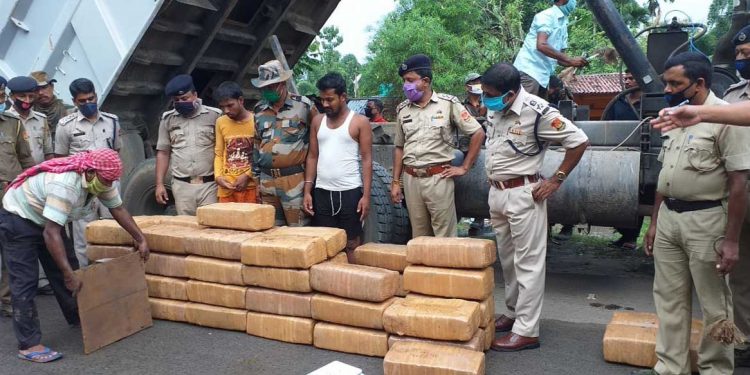 Acting on a tip-off Churraebari police detained the truck while patrolling and while searching seized dry cannabis in 50 packets weighing 500 kg.

Talking to media North Tripura district SP Bhanupada Chakraborty stated that the vehicle had two number plates- AS-01-JC-9417 and TR-01-H-1689- and it was moving out of the state from Agartala.

However, acting immediately into the information and took action in the case.

The detained men are identified as Sabuj Miah and Sattar Miah.

The police are investigating the case.