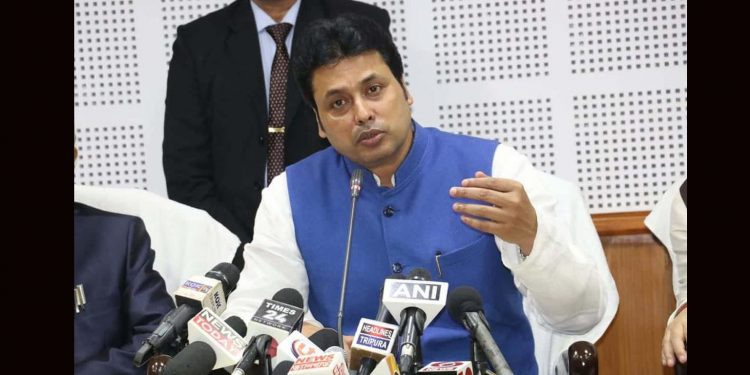 Tripura Chief Minister Biplab Deb on Friday said that it will take at least six months to resettle 34,000 Bru people living in the state for close to 23 years.

Deb’s statement came a day after the tripartite agreement to solve the Reang refugee problem was signed involving the state governments of Mizoram and Tripura and the Centre.

“A historic agreement was signed on Thursday, putting an end to the over two-decade-old problem. But it will take at least six years to resettle the refugees in Tripura,” Deb said while interacting with the media.

“As per the agreement, those willing to go back to Mizoram can go and the rest can stay in Tripura. They have to stay in either of the states,” Deb said

He further informed that the revenue department was asked to identify the land for their resettlement and said a fresh survey of the Bru refugees would be initiated soon.

“Around 34,000 Bru people of 5400 families, who are residing in relief camps in Kanchapur, will be benefited by the agreement,” Deb said.

“The Bru refugees will get a 40 by 30 feet plot along with a fixed deposit of Rs 4 lakh and cash assistance of Rs 5000 per month for two years and free ration,” Deb added.

The tripartite agreement was signed one-and-a-half months after the latest initiative to send the Bru refugees back to Mizoram failed.