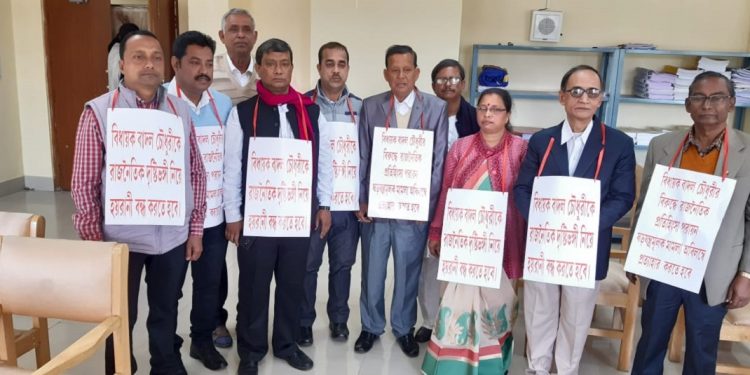 Alleging that former Tripura health minister Badal Choudhury was kept in jail by implicating him in a false case, the opposition on Friday staged a walkout from the Assembly when it met for a two-day special session.

The two-day special session of Tripura Assembly was called to discuss on the ST/SC reservation bill.

The session on Friday began with Governor Ramesh Bais‘ speech, which was repeatedly interrupted by Tapan Chakraborty.

Choudhury raised slogans against the government and demanded the immediate release of former minister Badal Choudhury.

Choudhury alleged that the government was playing politics of hatred.

Later, the CPI (M) MLAs staged a walkout from the Assembly and displayed placards and raised slogans against the government.