1,891 cases of crime against women registered in Tripura

In the past 20 months, 1,241 people were arrested for trading in and smuggling various types of drugs 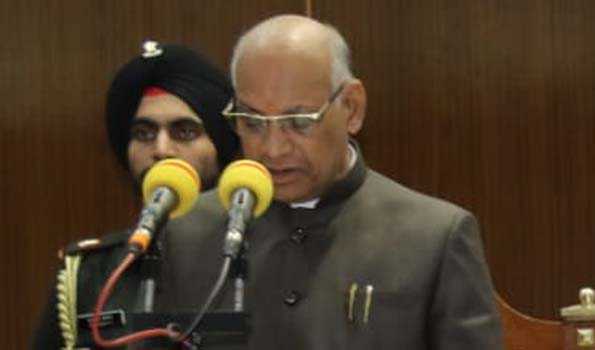 1,891 cases of crime against women were registered in the past 20 months in Tripura.

Tripura governor Ramesh Bais revealed this in his customary speech on the opening day of the first session of the Tripura Assembly.

The governor said in the past 20 months, 722 cases have been registered under the Narcotic Drugs and Psychotropic Substances (NDPS) Act and 1,241 people were arrested for trading in and smuggling various types of drugs.

He said that around 78,853 kgs of dry ganja (cannabis), 7375 grams of heroin and various others drugs have been seized during this period.

According to the Governor, in the non-IPC cases, the conviction rate has increased from 28.15 per cent in 2017 to 34.9 per cent last year.

The governor said to boost the industry, the Union commerce and industry ministry has notified the setting up of the first ever Special Economic Zone (SEZ) in southern Tripura with an estimated investment of Rs 1550 crore.”

Both service and manufacturing sectors would be set up in the proposed SEZ,” he pointed out.