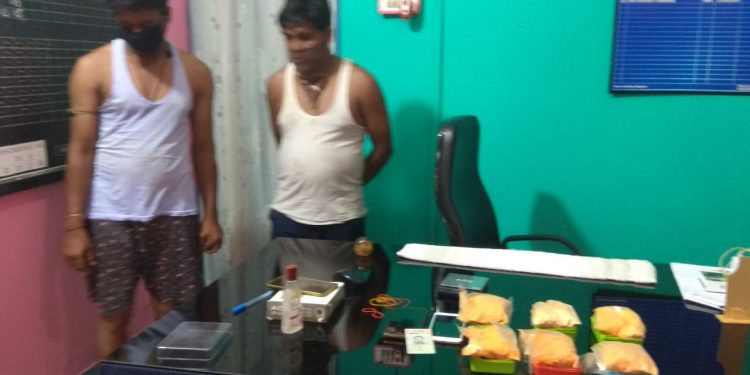 Drug smuggling has become a daily affair in Tripura.

Every day a huge amount of drugs is being smuggled in and out of the State.

Despite strict action taken by the State Government to control the drug smuggling business there is no respite.

North Tripura has become a corridor for smugglers and every day a huge amount is being smuggled into the State from Assam and other states.

Acting on a tip off the Panisagar police detained two drug peddlers from Chamtila area on Saturday.

The accused have been identified as Abhijit Pal, son of Ranjit Pal resident of Badarghat and other one is Nasir Ahmed, resident of Bisalgarh.

During the interrogation, police seized a huge amount of contraband including six packet of brown sugar weighing up to 72 gram and amounting to Rs three lakhs.

Police has also seized a bike bearing registration number TR-07-D-8131 and has also lodged a complaint against the duo.

Police are further investigating the case.