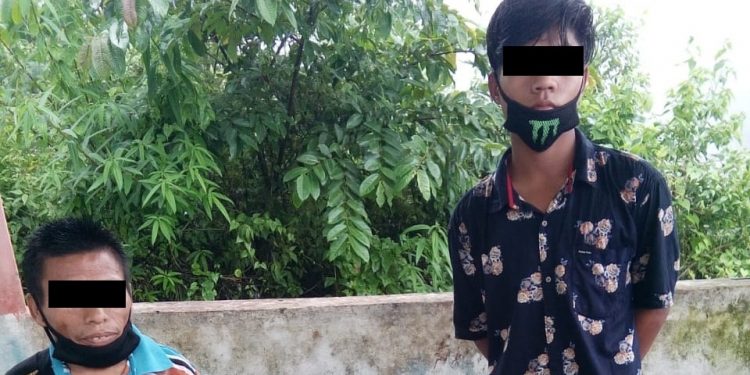 Changlang police on Tuesday arrested a 36-year-old man after they recovered around 97 grams of illicit drugs from his possession.

The anti drug squad (ADS) of Arunachal Pradesh’s   Changlang police on Tuesday arrested a 36-year-old man after they recovered around 97 grams of illicit drugs from his possession.

The drugs, as per the police were hidden in a packet of sealed baby diapers.

Changlang superintendent of police Mihin Gambo said “based on reliable inputs about the movement of a drug peddler with illicit drugs on the Margherita-Changlang route, the ADS led by sub-inspector L Bolok established a makeshift checkpoint on the MC Road near the Rangkatu area.”

“Accordingly during the checking, the team intercepted an SUV which was coming from the Namdang area. Upon searching the vehicle and its passengers, the ADS team recovered two polythene packets containing sachets of pink powder suspected to be brown sugar,” the SP said.

“The illicit drugs weighing approximately 97 grams were hidden inside the baby diapers,” he said.

The SP said the peddler while being interrogated on the spot identified himself as Gopang Ngemu, a resident of Yanman village under Khimiyang circle of Changlang district.

“He admitted that the illicit drugs were procured from a peddler based in Assam and the deal was carried out near Namdang along the inter-state boundary,” Gambo said.

A case under Narcotic Drugs and Psychotropic Substances Act, 1985 has been registered against the peddler and one Gopal Thapa (30), the driver of the vehicle.